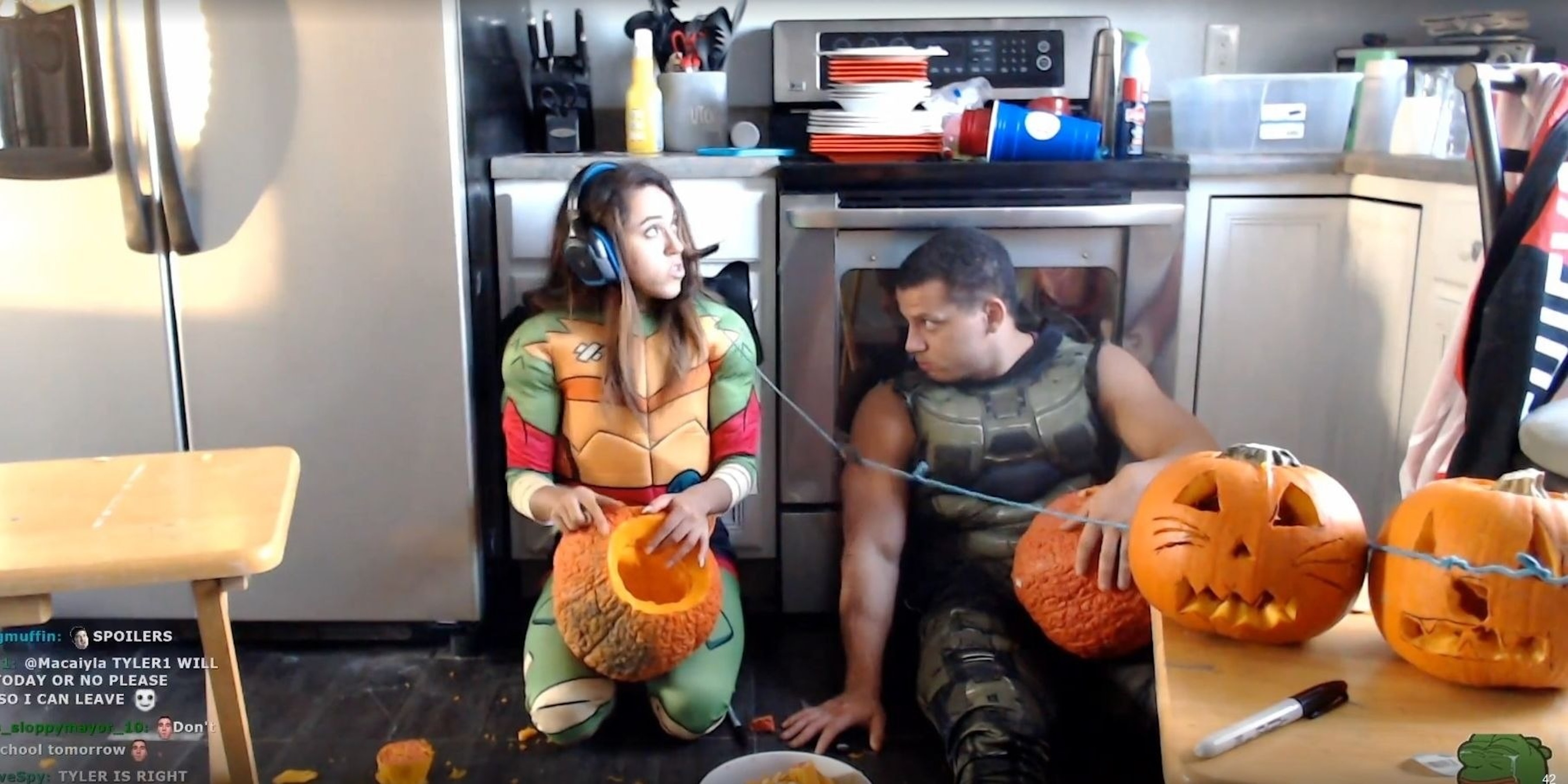 His height is a constant point of contention online.

Popular Twitch streamer Tyler1’s height is a constant conversation around him, and during a live stream on Thursday, he attempted to show just how tall he is to his more than 2.6 million followers. Unfortunately for him, his girlfriend then exposed him, showing the streaming world that he’s not as tall as he’d like you to believe.

Tyler1, whose real name is Tyler Steinkamp, is hugely popular in the League of Legends gaming world, but other streamers continuously poke fun at his height—or lack thereof—and if you type in “tyler1 height” into the Google search engine, more than 213,000 results appear.

People, for whatever reason, really like to talk about Steinkamp’s height. And apparently he doesn’t mind engaging in the conversation.

As his girlfriend, streamer Macaiyla, and Steinkamp carved pumpkins during a broadcast on Halloween, he complained that it was impossible to draw on the orange fruit.

He immediately leaped up and got himself tangled in wires as she complained that he was ruining their stream. Then he tilted the camera up and tried to prove he could touch the ceiling.

The triumphant Steinkamp showed himself touching the top of a kitchen cabinet, seemingly proving that he was tall enough to nearly graze the ceiling without jumping. “How about that, bitch?” Steinkamp shouted at the camera. Until Macaiyla lowered the camera, revealing that he was sitting on the oven to give himself more height.

“You motherfucker, I’ll hurt you bad,” he joked as she broke into laughter.

So, just how tall and/or short is Tyler1? According to multiple websites, he’s about 5-foot-6. Whether that’s true is hard to confirm. But it seems like in Steinkamp’s mind, he’s a giant who can touch the top of the cabinet. And he’s right. He just needs camera tricks to make it so.