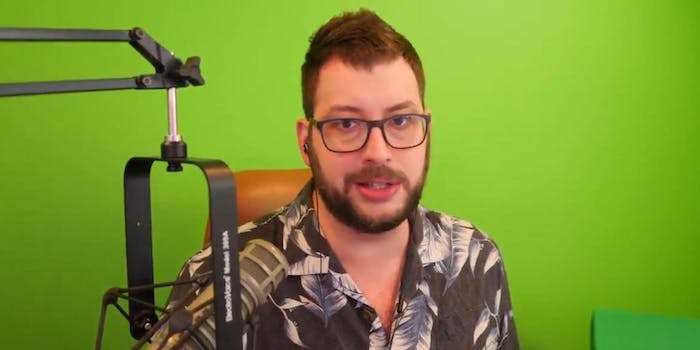 Gothalion is leaving Twitch for Mixer

He's taking his talents to Mixer.

When gaming superstar Ninja announced last summer that he was leaving behind Twitch for Mixer, Microsoft’s streaming platform, it seemed only a matter of time before other popular Twitch users switched their platforms as well.

Now, others are slowly beginning to migrate.

On Sunday, Gothalion announced in a video that he was taking his stream to Mixer. Gothalion, whose real name is Cory Michael, has more than 1 million followers on Twitch who watch him stream Destiny games, and in a tweet that’s been viewed more than 1.1 million times, he said he would begin exclusively using Mixer this Tuesday.

“I sat down thinking this would be a tough decision, but honestly, it felt kind of easy peasy,” Michael said in his video. “It’s my belief that working closer with Xbox and Microsoft is not only going to help us propel what we’re doing but help us propel what’s important on this channel. Which is doing good in gaming.”

By that, Michael means he’ll have the resources to help mentor young gamers and broadcasters and to raise more money for charity.

“It just makes sense to have a partnership like this one, where I get to have the potential of having platform level input as well as the backing of one of the biggest names in gaming in Xbox,” Michael said.

Michael isn’t the first to follow Ninja’s lead. Last week, popular gamer Shroud said he was moving to Mixer, and he told Newsweek that the transition to a new platform will allow him to “directly engage with my gaming friends” with “more interactivity and variety.”