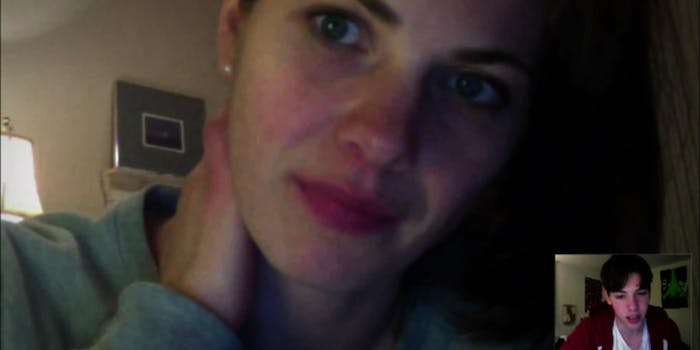 Short film explores modern love, as seen from a desktop

These are the open tabs of our lives.

The Toronto International Film Festival took place this weekend, and while there was no shortage of fake movies to be excited about, there were a few standouts. One in particular explores how we deal with relationships in the digital age.

This 17-minute short, titled “Noah,” takes place entirely on a desktop, as a teenage couple contemplates what they’ll do when both go to college next year. From their first interaction on Skype, the modern map of social media is drawn: The cursor hovering over a bad idea, the Facebook creeping and chatting, the casual spin through Chatroulette (caution: NSFW). These are the open tabs of our life, and often, they isolate us more than anything.

The short’s soundtrack even comes from our protagonist Noah’s playlist. (Paul McCartney’s “Ram On” into an abbreviated “Master of Puppets” illustrates the range of emotions nicely.)

The short ends where many late nights do: Chatroulette. Noah meets a young woman who gives him some modern advice, before disappearing: “The only place you can have an honest conversation with anyone is with a stranger, in the middle of the night.”