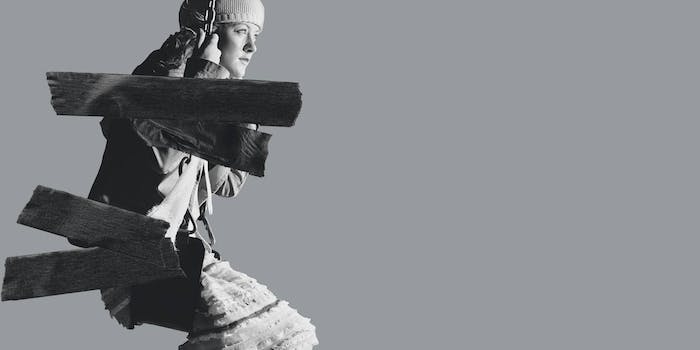 The most surprising thing about Netflix‘s newly announced series Thirteen Reasons Why is not that the streaming giant gave its second direct-to-series order for the show, or that it’s a return to series for Disney child star turned Spring Breaker Selena Gomez, or even that Gomez will executive produce the series.

The real shocker is that Jay Asher’s sleeper young adult hit finally wended its way to a television series after thriving on nearly a decade of word-of-mouth praise.

When Asher first published his dark psychological teen drama in 2007, it had nothing working in its favor—no major reviews in mainstream media outlets, no attention from prominent book lists. What this eerie, all-too-believable story of a teen girl’s suicide did have, however, was an immediate impact on readers—enough so that everyone who read it immediately wanted to share it with their friends.

Asher’s novel tells the story of a dead girl, Hannah, who leaves behind 13 cassette tapes for 13 people who impacted her decision to end her own life. Over the course of the novel, Clay, the boy whose longtime crush on her warranted a tape of his own, learns about the girl he never really knew over the course of listening to the 13 tapes.

While Asher’s story could have been melodramatic, its poignant writing wove a compelling, memorable tale that offered no pat conclusions about modern teenage life. Its subject matter, which covers everything from bullying to abuse and sexuality, has remained relevant over the years, as fans of the book continued to spread it around. A year after its publication, it ended up on an NPR recommendations list; a year after that, the New York Times finally noticed the book’s growing acclaim. And in 2011, four years after it was published, Thirteen Reasons finally hit No. 1 on the Times bestseller list.

Though the story of Thirteen Reasons is clearly aimed at teens, Gomez’s casting as Hannah continues her trend of choosing darker, more serious roles. Along with her role as producer, writer Brian Yorkey, who won a Pulitzer for the musical Next to Normal, will pen the script for the Netflix series, produced by Anonymous Content and Paramount TV.

On his Twitter yesterday, Asher shared the good news and excitement for the production:

Fans of the book were celebrating as well:

Gomez and her mother, who were fans of the book, shopped the project to Anonymous Content as a film before deciding on the series format for Netflix.

Photo via Thirteen Reasons Why