Terry Gilliam had the perfect response to his premature obituary

Bring out your dead.

And on the next day, he rose again.

Terry Gilliam dead? Did somebody press the publish button on the wrong post? pic.twitter.com/LyiB3Z64pR

Gilliam, ever the team player, jumped in and did his part. 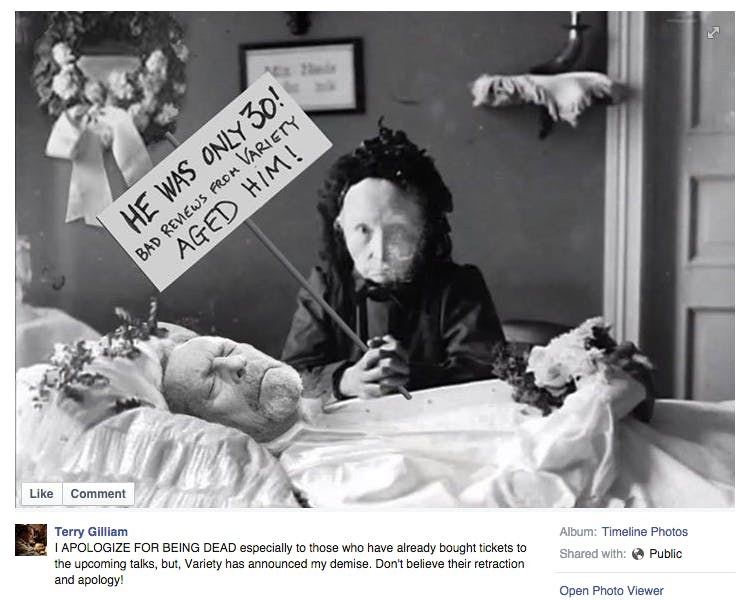 Perhaps someone at Variety is a big Monty Python fan and was subtly referencing this sketch?

In any event, Gilliam is set to release a memoir next month, Gilliamesque, and has been urging fans not to believe Variety‘s retraction. Who could ask for better publicity than a fake death?H/T The Guardian | Photo via colink./Flickr (CC BY SA 2.0)