Breakups are hard, but when Taylor Swift is consoling you, they're a little bit easier.

Breakups are hard, but when Taylor Swift is consoling you, they’re a little bit easier.

On Tuesday, Tumblr user nevergooutofstyle sent a shot in the dark: They asked Swift about a recent breakup and how to cope.

“He just texted me and told me he was done with me,” nevergooutofstyle wrote. “Gave me no reason and kept trying to get me to do irrational things just to get him back. Now he’s calling me names and I just feel crumbled. I don’t know what to do.” 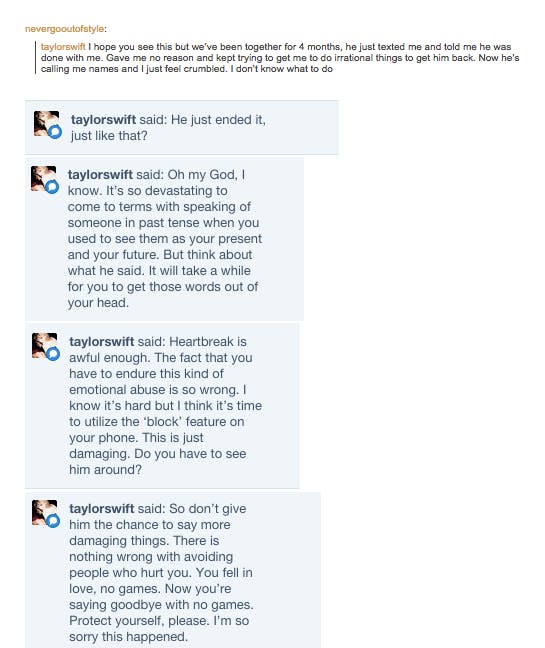 Not only did she offer this sage advice to move on and never, ever get back together, she made the heartbroken fan a mixtape.

If you want to signal boost in solidarity, here’s a Spotify mix for today. It will at least tide you over until Friday.