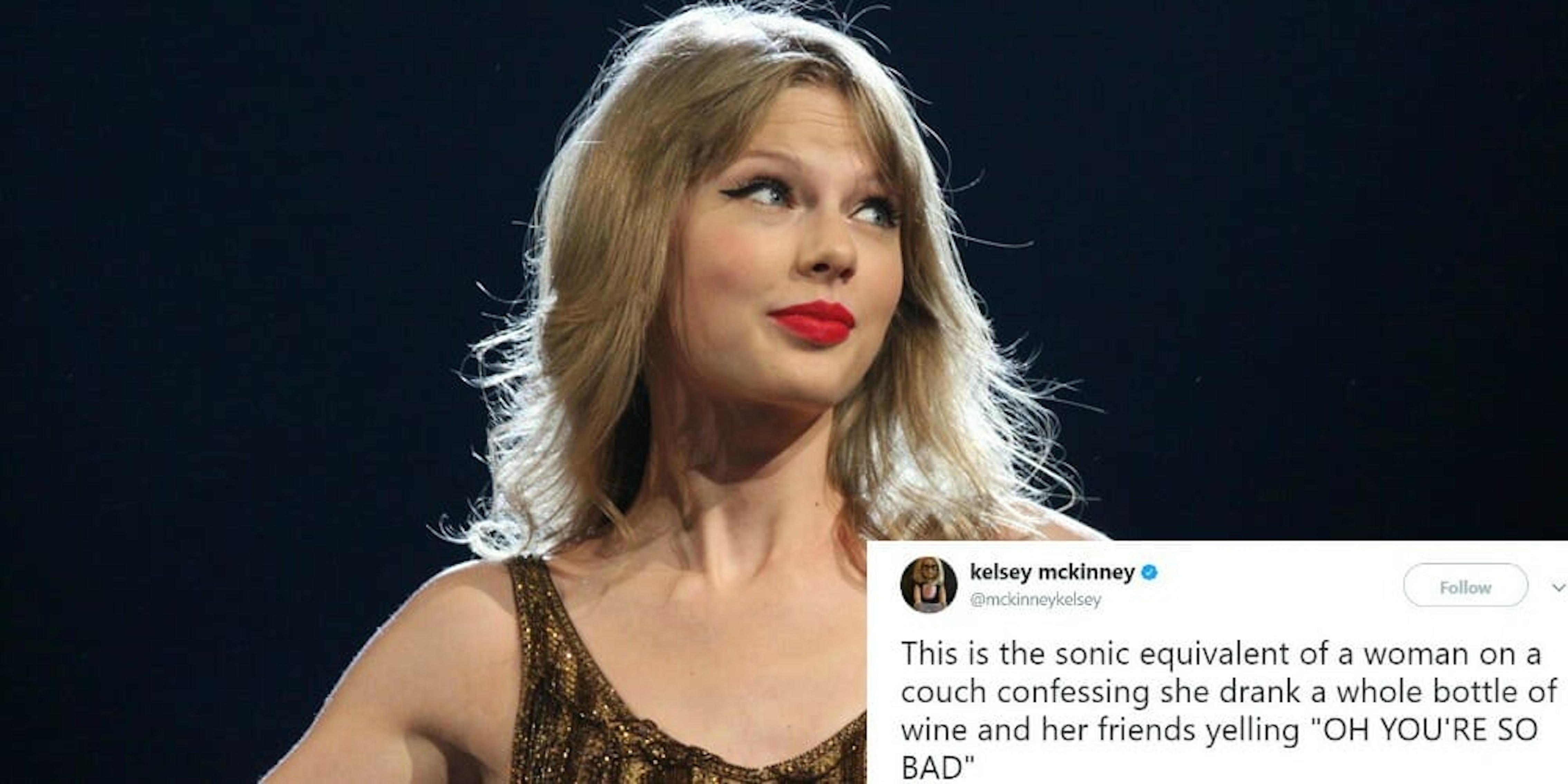 The old Taylor can’t come to the phone right now. Nor should she open her Twitter app.

Taylor Swift dropped a new single on the world late Thursday night called “Look What You Made Me Do,” a song that showcases why she thinks she’s a snake and why she thinks that’s OK. “I don’t trust nobody and nobody trusts me,” she sings in a tune that appears to be a diss track of either Kanye West, the media, all of her so-called haters, or some kind of combination thereof.

It’s also getting her roasted online. Everything from accusing her of ripping off the sounds of Right Said Fred and 30 Rock’s Jenna Maroney to its Billy Madison imagery is in the sights of Twitter.

First, listen to the song and read the lyrics.

(To be fair, Right Said Fred is actually credited as co-writing the song. That’s a serious sentence, by the way.)

LOOK OUT REGINA TAYLOR'S COMING FOR YOU pic.twitter.com/gYjLYmYEJF

People also seemed to really enjoy bashing the overdramatic lyrics that read, “I’m sorry, but the old Taylor can’t come to the phone right now. Why? Oh, ’cause she’s dead.”

i don't think there's been a piece of comedy in the last ten years that is funnier than taylor swift's new single and edgy rebrand pic.twitter.com/Wk41n7iVKE

Oh, because she ate all the chili and is taking like the biggest shit.

And of course, people couldn’t mock Swift without referring to the new distracted boyfriend meme.

It’s been a relatively rough couple of days for Swift on social media. When her cover art for the album Reputation was unveiled this week, everybody made fun of the graphic design. Now, “Look What You Made Me Do” has started the social media cycle all over again.

Sure, much of Twitter wasn’t happy with the song. Some apparently think it sucks. But at least somebody was pleased with her performance.