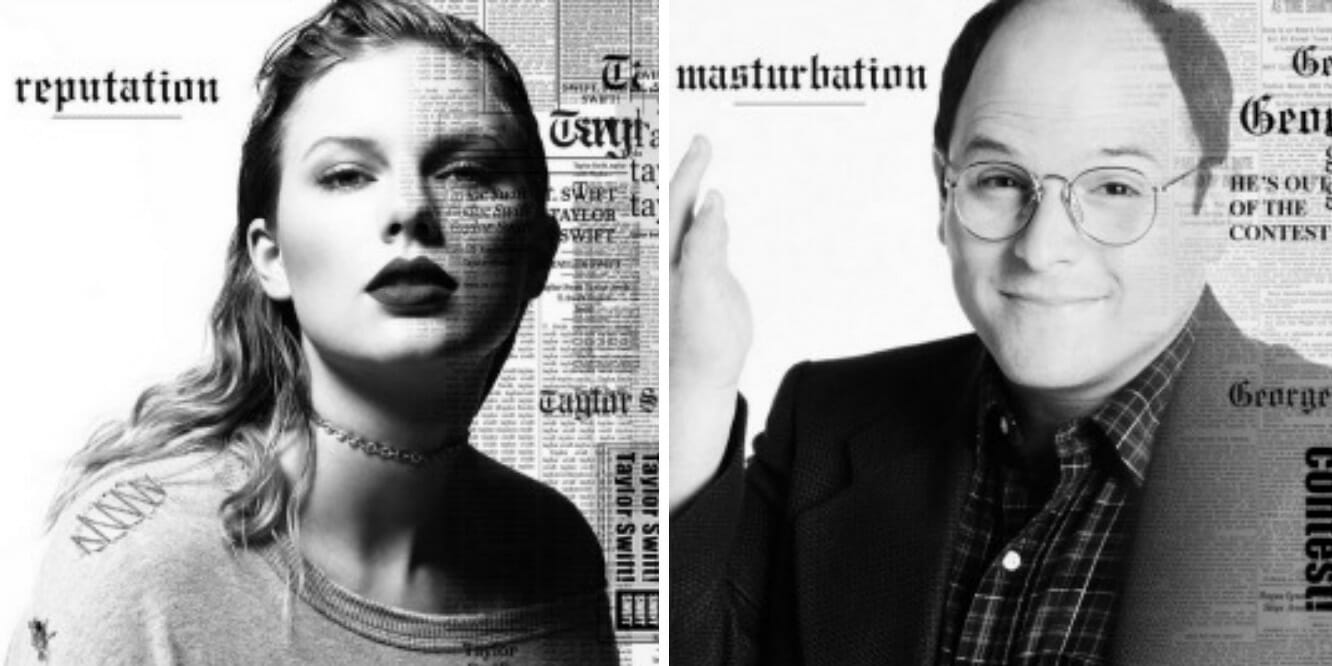 With Taylor Swift set to drop a new single on Thursday night and a new album called Reputation set for release in November, she proved that, once again, she’s going to try to reinvent herself.

But with the text overlay in that art and the way the photo is laid out—and because it’s unclear if Swift is saying that she wants to salvage her reputation that has been harmed by the media or (and this is a little less likely) that she’s saying print media is a gem that needs to be saved from extinction—it was immediately ripe for the best internet memes and mockage.

Most tweets were aimed at Swift, but some were aimed at others who have been critical at or criticized by the media (and one, for some reason, was aimed at Michael Cera).

Here’s a sample, including this one from Daily Dot Art Director Jason Reed.

what if gerge was taylor swift pic.twitter.com/uOLe0qZcWm

found out who's responsible for the new taylor swift album cover pic.twitter.com/x6K9QMKf2k

Taylor Swift isn't the only one with a famous #Repuation… pic.twitter.com/zJJA7fJeSE

They say if you can't something nice, don't say anything at all. So I'm going to stay mum about this new Taylor Swift album cover. pic.twitter.com/RZSpnZJdEG

Very excited for this [squints] straight-to-Hulu documentary about the sensational murder trial of a mysterious babysitter pic.twitter.com/gVg2feFlkM

Swift’s new song might turn out to be great and her new album might be another triumph, but at this point, none of that matters. On this day, only the memes and mockage are filling up the blank space.