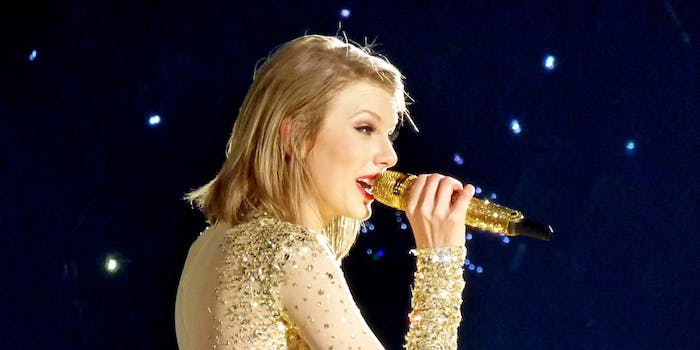 ‘Three months is a long time to go unpaid, and it is unfair to ask anyone to work for nothing.’

Apple Music will soon join the fray of streaming services vying for your money, but there’s at least one album you won’t see on there.

Taylor Swift, who’s been a critic of streaming services like Spotify for poorly compensating artists for their music, wrote an open letter to Apple Music on Tumblr Sunday. Her earlier music will be available to stream as part of Apple Music, but she isn’t allowing latest album 1989 onto the service, which launches June 30.

Although she respects Apple for what it’s trying to do, she doesn’t like that artists won’t be compensated at all during Apple Music’s three-month free trial period. Swift is already successful without streaming services, but her stance isn’t necessarily just because she wouldn’t be compensated.

This is not about me. Thankfully I am on my fifth album and can support myself, my band, crew, and entire management team by playing live shows. This is about the new artist or band that has just released their first single and will not be paid for its success. This is about the young songwriter who just got his or her first cut and thought that the royalties from that would get them out of debt. This is about the producer who works tirelessly to innovate and create, just like the innovators and creators at Apple are pioneering in their field…but will not get paid for a quarter of a year’s worth of plays on his or her songs.

As an influential figure in the music industry, she’s speaking up for every struggling artist, songwriter, and producer who won’t get paid for three months. They respect Apple, but are too afraid to speak out against the deal. And while she supports Apple on most stances (iTunes sales provide part of her revenue), she cannot support it not compensating artists and asks for it to reconsider its stance.

“We don’t ask you for free iPhones,” Swift wrote. “Please don’t ask us to provide you with our music for no compensation.”