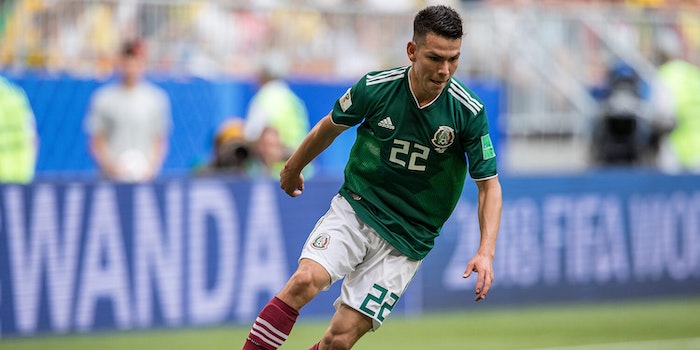 How to stream Mexico vs. Panama live in Concacaf Nations League

Mexico and Panama, two teams with history, battle it out Friday in Nations League play.

Mexico handled Panama 3-1 when the teams met in Concacaf Nations League group stage play last month; it’s now trying to further establish its dominance in Group B when the teams meet for a rematch in Panama City on Friday. Panama’s been a consistent performer in Concacaf in recent years, but Mexico’s still the best team in the federation.

Here’s everything you need to know to live stream Mexico vs. Panama in Concacaf Nations League play.

Mexico vs. Panama: What to watch for

Mexico got goals from Roberto Alvarado, Jose Juan Macias, and Rodolfo Pizarro (plus an unfortunate own goal from Carlos Salcedo) to get the October win against Panama. Mexico coupled that with a 5-1 road win against a surprisingly resilient but clearly overmatched Bermuda to make its Nations League October successful.

This tournament is probably heading for Mexico in the finals, but it’s going to take a few steps to get there. While Mexico’s got a good track record against Panama, Panama’s also a team with legitimate players that has given Mexico tough matches in the past. Think back, for example, to the contentious 2-1 El Tri victory in the 2015 Gold Cup semis, or the 2016 World Cup qualifying match in Panama that ended a scoreless draw, or Panama’s Gold Cup upset over Mexico in 2013—and the late Raul Jimenez bicycle kick it took for Mexico to edge out Panama months later at home with a World Cup berth on the line.