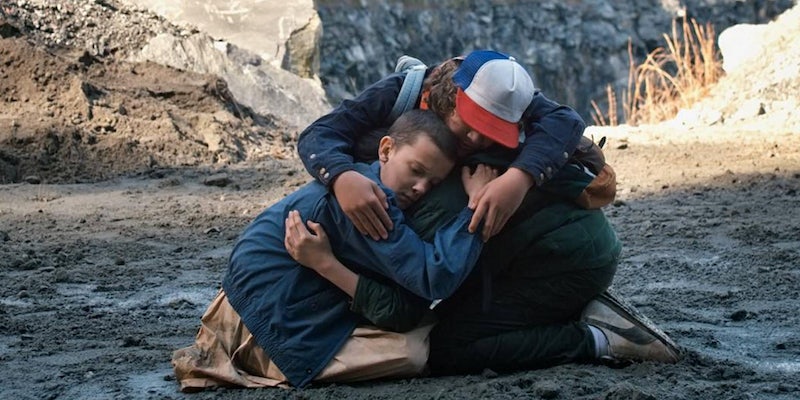 Is the Department of Energy telling the truth about ‘Stranger Things’?

This is a bit scary!

Netflix series Stranger Things had fans wondering if the Department of Energy (DOE) really is a shop of parallel universe-exploring mad scientists. It even prompted the actual government agency to explain itself in a playful blog post.

But was it telling the truth?

Although the show is completely fictional, some of the events involving the DOE have a few viewers curious to know what actually goes on over there. Washington Free Beacon writer Lachlan Markay is among the curious.

Markay requested internal communications from the DOE’s public affairs office for any events that could be related to the events seen on Stranger Things.

Markay was sent a swarming stack of papers with specific details about his request, and tweeted a few of his conclusions this week. The most frightening being “we’ve been lied to.”

In email correspondence he received, it seems like the DOE does support research into parallel universes—despite its blog claiming that it doesn’t. (Sure, a lot of that money goes to theoretical physics.)

Another email states there have been experiments done on humans during nuclear testing.

I’d be careful posting all of these screenshots, Markay. Maybe Stranger Things is more of a nonfiction show than we thought.