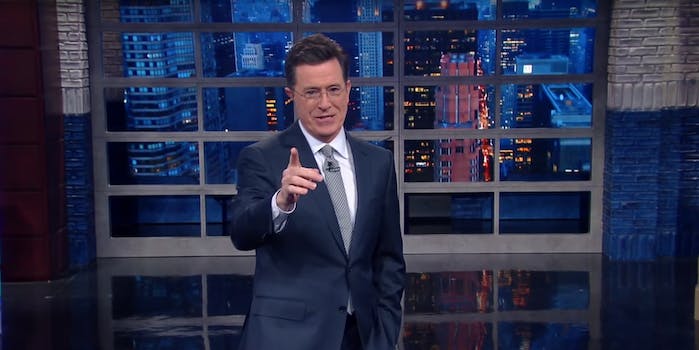 Stephen Colbert is on a mission to find the perfect song for every presidential candidate after getting some classic inspiration.

While Chris Christie gets “Bridge Over Troubled Waters” and Martin O’Malley’s tune is a nod to his lack of news coverage, Donald Trump takes the cake. There are multiple songs that work, but Colbert is pleased with the one he finally chooses.