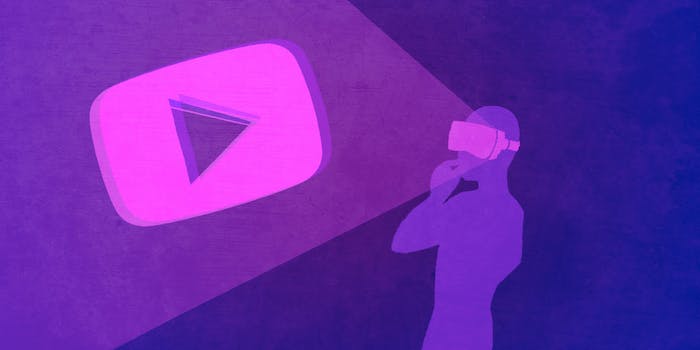 The state of digital video

When the mainstream buys in, what comes next?

Adults often marvel that for the teens and tweens, YouTube celebrities are more recognizable and influential than traditional Hollywood icons. But it’s been this way for years.

It’s become the norm for digital video, an industry that’s established itself as the future of entertainment.

For evidence of this culture shift, just look at the tragic Christina Grimmie headlines. The former Voice contestant and popular YouTuber’s shocking death this month echoed absolutely everywhere. Grimmie was proof that the silos of digital and mainstream media are one in the same for fans who don’t care where a star comes from.

On a business and development level, the mainstream is playing ball like never before. It’s a focus that has shifted from investment—on brands and ads that help keep the paychecks flowing for both creators and infrastructure—to desperately finding a space.

As the Daily Dot heads to Anaheim, California, for VidCon this week, here is a look at the in-flux state of digital video—and what comes next.

The rise of monthly subscriptions

Can digital video be an industry that runs on its fans? And what does that fan support mean for new platforms, stars, and their suddenly omnipresent work?

The last 12 months have seen more players in the paid subscription game, most notably YouTube itself. In 2015 Vessel made waves as the first subscription-based service for the digital set, Victorious helped creators make their own apps, and VHX let creators sell specific content directly to their biggest fans. Third-party services seemed to be making a splash in the space, and it was only a matter of time before YouTube made its own play.

Last year a subscription-based version of YouTube was only a rumor, evidenced by a terms-of-service change for partner channels. In October YouTube Red emerged with a premium price on par with Netflix or Hulu to eliminate all ads from YouTube videos and grant access to exclusive content made with YouTube’s biggest stars. The $9.99 monthly price also unlocked the long-teased YouTube Music app with offline capabilities.

Despite a bumpy start with creator blowback and concerns about payouts, the creator community has generally embraced Red at least in terms of how it generates revenue. Users might be slower to adopt the platform since they’ve been used to 10 years of free YouTube, but the company has offered incentives like cheap introductory subscriptions and a steady diet of originals. Like Netflix and Hulu, YouTube doesn’t share streaming data on its original content. But it’s shown a commitment to supporting homegrown creators with programming and marketing.

Other platforms like go90 have emerged as a non-paid content alternative. The Verizon-funded mobile-first platform launched in October 2015 playing host to scripted series like RePlay and reality ventures like Dance Off Juniors, produced by established digital companies. While content often gets promotion and previews on YouTube or Facebook, series live on the app and attract dedicated followings. For now, that’s all ad and brand supported, but it would be no surprise for a premium go90 to emerge with a monthly sticker price.

The mainstream buys in

Verizon’s investment into the digital video space is just one example of the mainstream’s unavoidable collision with digital. VidCon itself is attracting more attention than ever before, with major film marketing coming to the convention even for projects that don’t feature digital talent.

Late-night programming has staked out an impressive stronghold in the digital space, alongside other traditional media programming that has found a digital home. A recent survey of top videos found that 54.5 percent of them were produced by “corporate media,” with the rest produced by independent creators. These are videos that held the top spot of most popular videos worldwide for the month of May, and big winners included Comcast’s NBC content, CBS’s Late Night, and HBO’s Last Week Tonight with John Oliver.

While independent creators like Casey Neistat made up almost half of the top videos last month, it’s clear that digital isn’t being ignored by corporate gatekeepers, and content is flattening out in terms of where the audience finds it. TV may be the primary mode of delivery, but fans are turning to digital just as much as the mainstream. It’s been the prerogative of traditional media to get its content in as many digital delivery venues as possible: Vessel inked a deal to host Ellen clips, and Ellen has partnered with digital creators to host her own stable of talent.

How mainstream and digital talent alike broadcast to their fans is the next hurdle in the digital landscape.

Livestreaming is not new. YouTube has supported live functionality since 2011, but its adoption as a format has been relegated to bonus content. Last year Meerkat and Periscope showed that live was a viable option for digital celebs. The leading platform for livestreaming, YouNow, allows for financial support from fans, and has already produced stars that can earn $10,000 a month streaming. They’re not the only live platform in the game, with apps like Live.me attracting established and would-be stars to embrace going live.

Cue Facebook. The company fully launched Facebook Live this spring, and subsequently pushed it as a priority—even paying premium partners like BuzzFeed to use the platform. It’s become a strategy component of digital marketing plans, and where the rich and famous pop in for fan questions.

Facebook Live may be great for everyday users and top-tier traditional celebrities, but it had yet to breed its own celebrity until last month. That would be Candace Payne, better known as “Chewbacca Mom.”

A video of Payne laughing in a Kohls-purchased Chewbacca mask skyrocketed to 158 million views and earned her an Ellen interview, college scholarships, and endless fanart tributes.

Problem is Chewbacca Mom couldn’t monetize any of those Facebook Live views—like she would have been able to on YouTube—or accept donations from viewers like she could have on YouNow. For all platforms, finding ways for creators to make a viable living must be dealt with in order to foster a community. Facebook will be no different.

And will Payne or any new platform star be able to sustain celebrity? Is she the most recent version of Alex From Target, a digital flash-in-the-pan who doesn’t sustain cultural relevance beyond a news cycle? (To be fair, Alex Lee, aka Alex From Target, still maintains 749,000 Twitter followers two years after his viral crossover, but sustainable stardom has escaped him.)

It’s not just about who will create, or where, but how those creators will be developing content. Virtual reality and 360 technology, available to creators since March 2015 on platforms like YouTube, are gaining ground as a new venue for feasible production and distribution.

While it’s not yet common to see VR headsets in households or expect all video experiences to be seen from 360 degrees, several outlets, from YouTube Red to Saturday Night Live, have started producing in the mediums, and during NewFronts this spring multiple networks announced investments in the technology and plans to open specialty studios specific to shooting in VR.

It might not be tomorrow that every vlogger presents a fully immersive video experience, but the state of digital video today is just as much about what’s coming in the next month as what’s happened in the 12 prior. For better or worse, online stars are known to embrace new technology if it means gaining inroads with their fans.

The lanes are widening while the road is under construction, and all we can do is hang on.