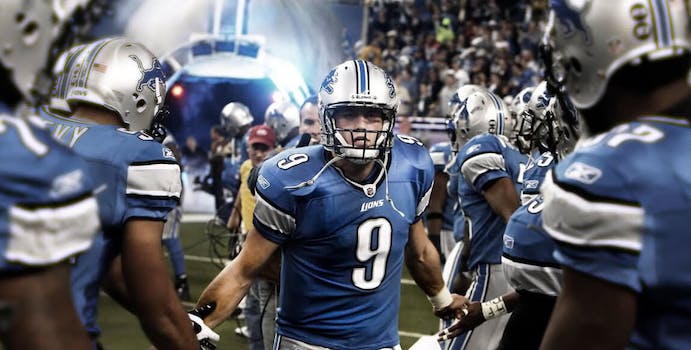 Last night my wife and I went to Chicago to celebrate our anniversary. We ate at Café Cancale, a Wicker Park restaurant meant to emulate a seaside French café. I had the black truffle corn ravioli with pecorino. It was one of the best meals I’ve ever had. Of course, the day began at Best Intentions, a bar up in our old neighborhood, Logan Square. We hit Broken Shaker in the Freeland Hotel. Then we regrouped and went to Cancale and finished at the Charleston. It was fun and we’re truly lucky to have the privilege to enjoy such a day.

Also, I’m hungover. And I told my wife I wanted her to write my introduction this week. So while watching the Ravens and Chiefs game and drinking a Lone Star, I handed her my computer. This is what she wrote:

“Hey goofball football fans!  I hope you had a great weekend.  As for me…. I am hungover and not well-rested.  I had an anniversary celebration with my wife – meow! – but I am not a young man anymore.  And neither is [fill in old football player’s name].  Watching him play this weekend was like watching me try to have patience with my mother.  IMPOSSIBLE!  Well, guys, it’s time to talk about the pretend football now.  Did you know that this isn’t actually real and none of it matters?  GLOBAL WARMING IS HERE.  But let’s decide which guy’s stats will help us gloat with our friends and win enough money for a large pizza and some beer.  ANYWAYS, love you guys – thanks for being my fans.  One like = 1 pray.”

This was a first draft written in about five minutes. She said she wanted to write it like me only funny. Let’s be honest it’s better than anything I’ve ever published.

There’s no proper segue after such nonsense so let’s move straight into the pickup of the week. The obvious choice is Wayne Gallman with Saquon Barkley injured at least four weeks, possibly eight. Don’t forget Daniel Jones is still a rookie and it won’t be roses every week. If there’s space on your squad and you’re desperate, I’m guessing this includes almost everyone three weeks in, Darrel Williams should be rostered. There’s no telling what this backfield might look like week-to-week. He’s like a lottery ticket but the prize is an Applebee’s gift card.

Matthew Stafford vs. Kansas City: Normally I’d never think of putting this guy on the field. But this is a special occasion. Kansas City was on wet ground at home last week. Patrick Mahomes still managed to throw for 300 yards… in the first three quarters. Mahomes could play submerged underwater and he’d still be better than Stafford. Detroit gave up 300-plus to Kyler Murray, nearly 300 to Philip Rivers, and a gimpy Carson Wentz throwing it to zombies topped 250. This game will be over by halftime and we can only hope Stafford gets his stick and garbage bag to clean up.

Josh Allen vs. New England: These days it’s silly to even suggest sitting this madcap. New England has given up less than 600 total yards. Total. For three games. They haven’t even allowed a TD. But the teams they’ve played haven’t won a game yet (Steelers, Jets, Dolphins). Even if we assume this D is great, Allen will be forced to push the ball downfield. And aren’t we just tired of this nonsensical perennial dominance? Isn’t it time a rebel unseats this empire? I’m tired of it. You’re tired of it. Now go out there and win one for the Mafia.

Devonta Freeman vs. Tennessee: This has been an ugly start for what everyone once thought might be a retro version of Freeman. Long term he seems like a terrible option. I’d sell if there’s a window after this week. But Tennessee got beat up by Gardengnome Stemcell and even Baker Mayfield moved the ball on them. Matt Ryan should carve them up and leave them for Freeman to feast.

Wayne Gallman vs. Washington: It won’t be easy filling the shoes of a guy who touches the ball 50 times a game and the entire offense revolves around. But there’s good news because at least it’s that we’re digging into Daniel Jones’ locker. Turns out one reporter said Jones cussed in the huddle and after the game refused to give a speech and just yelled “Giants on 3!” Danny Dime is just an unselfish, go-get-’em, no-nonsense sumbetch that’ll do a lil’ cussin’ if the troops need a jolt in the arm. Unleash the Gallcow behind him.

Miles Sanders vs. Green Bay: His snap counts are trending upward and this team needs playmakers with Nelson Agholor as the No. 1 option in the air. In Philly, there are babies being thrown from windows and caught by people… who then throw shade at Agholor on the local news—this city is desperate for a playmaker.

Deon Cain vs. Oakland: T.Y. Hilton’s injured-quad situation is unknown as of my deadline. I haven’t read any updates today because I was busy with my kid and recovering from my anniversary. But if Hilton is out this seems like a great spot for Cain. (Editor’s note: Hilton remains questionable as of Tuesday evening, according to Fox 59.) He should see targets and Brissett looks capable to get the ball out. I’m bullish on this because this guy just needs a little volume to get going. Also, he’s got one of the coolest names in the league.

Demarcus Robinson at Detroit: Sometimes there are guys you desperately try to make a thing. This is possibly one of those guys. But last week produced another TD and he caught three of four for 43. That’s a solid line in a game where they dominated. Watkins is still the guy to have and Mecole Hardman has looked great, but Robinson’s now caught 10 of his 12 targets this season. That’s a small sample but catch rates matter.

Vernon Davis vs. New York Giants: I joked last week that I didn’t know he was still in the league. But the Giants, despite the swashbucklin’ hero squatting under center, are dreadful. They’ve given up the most passing yards in the league. And until Chicago mauled Case Keenum, Davis had been serviceable.

Los Angeles Rams vs. Tampa Bay: I won’t be fooled by this latest Tampa performance. I’m too old to fall prey to Jameis Winston’s mind games. On the road after getting kicked in the teeth by Danny Dimes doesn’t sound like a good spot for him. It could get ugly.

Jameis Winston at Los Angeles Rams: We went over this already.

Mason Randolph vs. Cincinnati: He barely threw over the line of scrimmage. Stay as far away from this as you can. James Conner isn’t efficient. JuJu is being wasted. And Vance McDonald is also hurt. Stay away until there’s more clarity.

Kyle Allen at Houston: I actually don’t hate this in a pinch and I think if you have need and room he’s worth a speculative add. He reigned over Arizona. But he’s still young and on the road against Houston isn’t a great spot. His schedule loosens up so stay tuned.

David Montgomery vs. Minnesota: I’m watching the game right now and Montgomery hasn’t been on the field in what feels like two quarters. They’re up 28-9. I can’t say there’s any confidence. It’s an ugly time to have pieces of this Bears backfield.

This week's David Montgomery Truther meeting is gonna be heated.

Leonard Fournette at Denver: His role is valuable for the suddenly OK Jaguars—carry the rock into an eight-man box 15 times a game for 30 yards so that Minshew can sell the play-action deep ball. But save for some fruitless screens, he’s not putting up numbers.

Stefon Diggs at Chicago: 6-101-1 on 12 targets. In three games. And Chicago is top-five in the NFL against the pass. This guy is more disappointing than Kirk Cousins. Go say that in the mirror. Everyone needs to share in this shame.

Tennessee Titans WRs: Corey Davis and A.J. Brown are lost amid poor QB play. I look forward to Ryan Tannehill not adding any value to them.

Greg Olsen at Houston: This guy has been questionable every week dating back to December 2015. It’d be fun to see if Ian Thomas is fully healthy and ready to build on last season’s numbers. I mean retire, Greg. Wouldn’t it be more fun to walk without a cane and do simple math than trot yourself out there again and again?

Indianapolis vs. Oakland: With the Indy offense clicking this should mean Oakland will need to push the ball downfield. And anytime you’re asking Derek Carr to do something it usually ends poorly.