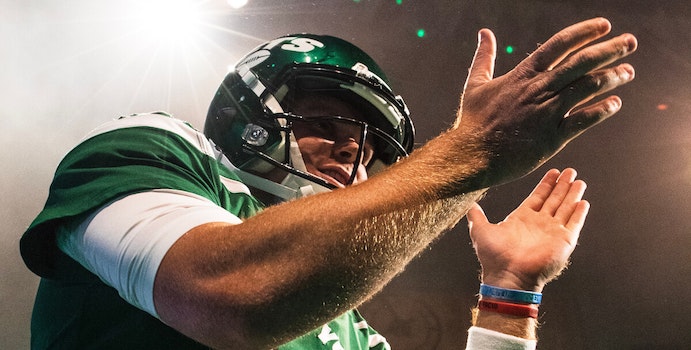 As the fantasy football season begins, it's time to shuffle your starters and believe.

At the beginning of this year, I set a goal to read 52 books. My current count is 28. I’ll have to average six a month to finish this up—and I’ve hit the wall. Life commitments are getting in the way. Though more likely I’ve simply lost focus: There is plenty of time if I’m willing to make it.

In this situation, I’m reminded of the story of Teddy Roosevelt reading Anna Karenina. Supposedly he plowed through it while also transporting two fugitives across the American frontier. Teddy made time. Excuses, Teddy probably said, are for the lazy among us.

This is a solid segue into Week 1 of the fantasy season. There is no excuse for us not to read as much as humanly possible about fantasy football and as it relates to our fantasy teams. Without taking in a wide variety of opinions it becomes increasingly difficult to formulate our own. Pick out four or five analysts and then compare and contrast what their opinions on your favorite players are.

In the last month, I’ve changed opinions on lots of players, mostly from reading the numbers, weighing the team’s offseason and preseason performance, and pinpointing roles these players will have in-season. Because redraft leagues have become so dependent on week-to-week matchups and the everchanging rosters week-to-week, the waiver wire is more important than ever.

So in the next 16 weeks, I’ll do my best to highlight players I’m targeting on the wire within these “start ’em or sit ’em” pieces. Two birds, one stone.

Sam Darnold vs. Buffalo: The Jets are flying high and there’s mounting confidence in what this offense could be. Most of this pressure falls on Darnold’s shoulders. Don’t look back, the poets say, but in his final three games last season things seemed to start clicking. He threw for 253 and two touchdowns against Houston and then 341 and three against Green Bay. If Adam Gase can be trusted (he probably can’t be) this would be a game to show off the strides the young gun has made. At home. As Thomas Pynchon said, “A screaming came across the sky. It is a Jet and Sam Darnold is piloting. Pass me that bowl shaped like a banana.”

Lamar Jackson at Miami: Luscious Lamar hype is higher than people who think Ray Lewis is innocent. But I’m old and stoned and I like the action. If this works out it’ll be the best thing we’ve seen since Michael Vick. I honestly didn’t mean to turn this into an oration on morality, but here we are.

Jordan Howard vs. Washington: I warmed to him as the offseason wore on. I don’t know why, honestly, since last season he looked like he was carrying Walter Payton’s soul on his shoulders when he plodded for 3.7 yards per carry. But, let’s assume just for kicks that Carson Wentz is an upgrade at QB. And that if Howard stays healthy he’ll get his shot. Looking at that Washington offense, gotta assume Philly walks here, which also helps Howard’s cause. Remember folks: “It’s not a lie if you believe it.”

Tyler Boyd vs. Seattle: A.J. Green is still in a walking boot. And Tyler Boyd is the prime real estate in town. Seattle is going to likely slow this game down but hopefully, dominate in the process. Then Cincy will get some of the garbage time, which is what people will be chasing with this offense all year.

Chris Conley vs. Kansas City: I jotted his name down on Friday. The Georgia prospect is an enormous, gifted target who was buried on the depth chart in Kansas City. Now he gets to file a formal grievance against his former employer.

TJ Hockenson at Arizona: Another hype machine, but rookie TEs traditionally have never produced viable fantasy numbers. Hockenson, however, gets the advantage of a team likely playing catchup a lot this year. This is Kenny Golladay’s bust-out-or-bust season, which is maybe a win for Hockenson no matter which way that needle shifts. If Matt Stafford didn’t stink like Matt Patricia’s beard caked with Lake Erie algae then we’d really have something here.

Darren Waller vs Denver: Denver was top-10 worst against TEs last season. Maybe the Broncos signed someone to help. I couldn’t bother to look because it wouldn’t change my opinion anyway. Antonio Brown is a freak, Tyrell Williams is serviceable, and with an improved running game (hopefully), things could open up for Waller to secure value. Or this could end up being as useless as a Carr brother.

Cleveland vs. Tennessee: Cleveland Browns fans are more confident than Bernie Kosar after two Jagerbombs. Joe Namath gave his fur coat to Baker Mayfield. Suddenly Odell Beckham Jr. is nothing but business. And Nick Chubb is ready to put the city on his shoulders. And they get the Titans. Honestly, they probably won’t need the offense.

Jacoby Brissett at Los Angeles Chargers: I actually want to see this play out. He’s probably a stop-gap until something better comes along like me for most of the women I’ve dated. Even if he turns out to be dynamite, this is not the game to find out. On the road against a solid Chargers defense is not where I want to find myself.

Kenyan Drake vs. Baltimore: The entire fanbase is taking a knee, not to show solidarity with Kenny Stills, but to vomit. This franchise is like Old Yeller only about dolphins. Fitzpatrick is the monstrous procreation of Jay Fiedler and Ryan Tannehill baptized in Dan Marino’s sweat. It all reeks of failure.

LeSean McCoy at Jacksonville: Andy Reid loves old RBs, but I’m optimistic about Damien Williams getting plenty of work if he stays healthy. I don’t doubt McCoy gets opportunity but last year was his worst of his career. And Reid is not Frankenstein. Frankenstein was the doctor so no emails from fans of this column, please.

Josh Gordon vs. Pittsburgh: Just as I wish someone would email me and tell me I’m an idiot, I also wish I’d stop hearing about Josh Gordon. I hope he succeeds. And maybe this is bias because I’ve had him for so long, but if you love something, let it go.

Corey Davis at Cleveland: This Tennessee offense is either Derrick Henry getting 35 carries or it’s not worth watching. Marcus Mariota is playing to avoid being a backup QB. This should be an incentive, but I think backup QB in the NFL has to be a great job. All the hijinks and money without the constant threat of death.

Vance McDonald at New England: No Antonio Brown and Jaylen Samuels still involved make me leery of McDonald. He is 29 and has never had more than 50 catches. I can’t wait for the Steelers to be terrible.

Jimmy Graham at Chicago: I’ve been writing fantasy articles since Jimmy Graham’s rookie year. It’s time for both of us to retire.