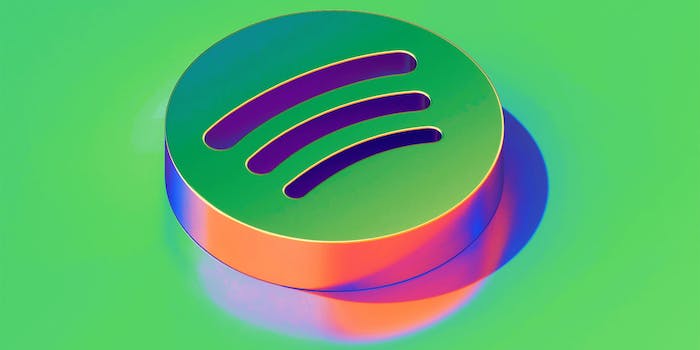 Spotify reminds us it's a data company—first and foremost.

In what has become an annual tradition, this week, the internet has turned its attention to Spotify Wrapped.

Along with personalized info for all of its users, the company also released details about what the entire world was listening to this year. In a Tuesday press release, the company revealed that Post Malone was the most listened to artist on Spotify with over 6.5 billion streams in 2019. Billie Eilish and Ariana Grande round out the top 3.

In this year-end data dump, there was more info than just a rundown of musical tastes. Details like which Zodiac sign is most active on streaming (Scorpio) and what mood was most popular (“feel good”) were included as well. The expansive scope of the data Spotify has gathered and the granular details Spotify has collected has people wondering just how much the music streamer knows about its customers.

If you take a closer look at the streamer you find that there is a good reason to ask these questions. In reality, Spotify is more of a data company than it is a music company.

One particularly interesting development in Spotify’s use of data was also unveiled this week. It turns out that Spotify has been working to deduce the emotions of its users with a tool called “Playlist Miner.” The tool, which rolled out at the end of October, “aggregates the top tracks from the most popular public playlists on Spotify that match your search criteria.”

Earlier this month, Spotify released a Google Sheet with its preliminary findings regarding our music and our emotions it has collected thanks to Playlist Miner. The company has broken down what songs appeared on “happy,” “angry,” “sad,” and “chill” playlists, among others. For example, metal blog Loudwire noted that Slipknot is the top band people listen to on playlists focused on anger.

In the book, the authors “playfully disassemble Spotify’s product and the way it is commonly understood.” The academics tried a variety of experiments with and approaches to Spotify, including starting their own record label. The findings are intriguing, and confirm the suspicion that Spotify is a data company.

As Derek Beres wrote in his review of the book at the Big Think:

“The ‘intimate relation’ personalized playlists evoke, the authors note, is ‘monetized at the very moment when users click play.’ Music is only the layer you hear above ‘a cacophony of other data.’ Using browser plugin Ghostery and network data capture tool Fiddler, the authors worked with a programmer to discover no less than 22 mostly advertising-related companies in that cacophony, tracking listening habits and providing real-time analytics. This data is packaged and resold.”

The brilliant and devious aspect of this is that Spotify is a data company that doesn’t want you to think about the fact that it is a data company. Swedish media scholar coined the term “Spotify effect” in a 2017 paper, in which he discussed how the company emphasizes its fun, easy-to-use design as a way to make its true aims disappear. The paper concluded, “the company’s ability to fold markets into each other: to make disappear an aggressive financial growth strategy and business set-up based on ad-tech engineering by creating an aura of Nordic cool and public benefit around its use of music.”

We feel that our musical tastes are personal, even intimate, and that lulls us into a false sense of security regarding what information we’re willing to share. We are probably open about our feelings when curating Spotify playlists than we are when we post directly about our emotions on Facebook or Twitter.

Some have characterized Spotify’s emergence as a data company as a kind of mission creep or side effect of its music business, but obviously scholars who have looked into the subject see a different story. As it turns out, so do Spotify executives. Back in 2015, at VentureBeat’s Mobile Summit, Spotify vice president of North American advertising Brian Benedik said that every user allows the company to collect “enormous amount of data on what people are listening to, where, and in what context. It really gives us insight into what these people are doing.”

Note that he said “doing,” and didn’t simply stop at “listening to.”

As another year ends and another Spotify data dump arrives, we may want to consider just how much our music tastes reveal about ourselves, and the limits of what the music streamer could do with that information.