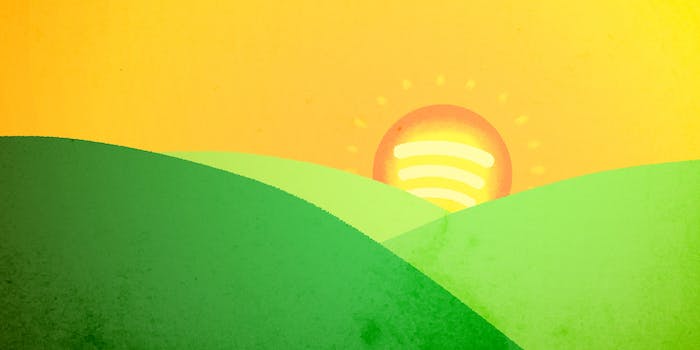 According to Spotify, we just can’t quit Drake.

His song “One Dance” was the most streamed song of the summer globally—and heading into summer, Drake was already minted as the platform’s most streamed artist.

In second place, Calvin Harris and Rihanna‘s inescapable “This Is What You Came For,” followed by Sia‘s “Cheap Thrills.” Vine star turned pop star Shawn Mendes and Desiigner cracked the top 10 as well. In the U.S. specifically, “One Dance” topped the list again, followed by Drake and Rihanna’s “Too Good” and Rihanna’s “Needed Me.” Is this what is means to be a power couple?

Spotify is taking these lists a step further, and has teamed up with TuneMoji to turn the songs into shareable music GIFs.

Listen to the global and U.S. lists. While you’re here, how about one more dance?