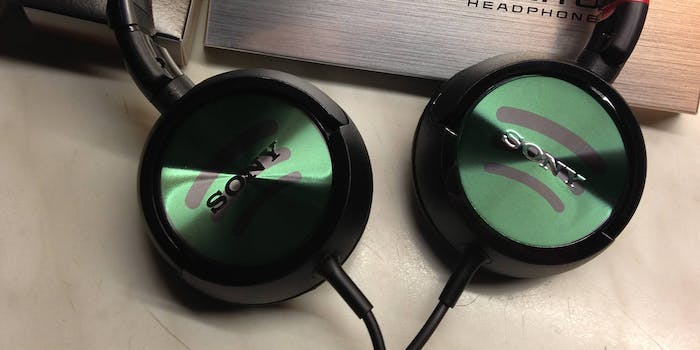 Drake dethrones Justin Bieber as the king of Spotify streams

He started from the bottom, now he’s here.

There’s a new king of the Spotify charts.

The streaming music service confirmed on Wednesday that Drake has unseated Justin Bieber as its most streamed artist. The shift was initially revealed by Kworb, a site that tracks which artists receive the most streams in a particular week.

Drake now has more than 3.2 billion lifetime streams, while Bieber has more than 3.1 billion. The next artist on the list, Ed Sheeran, doesn’t even come close, with around than 2.1 billion streams.

Drake’s recent rise to the top is in part due to the release of his latest album, Views. While it started off as an Apple Music exclusive, it has since been released on other platforms. During its two weeks on Apple Music and iTunes, people streamed Views a record 245.1 million times, and the album sold more than one million copies.

Drake’s position as the most streamed artist isn’t Spotify’s only victory this week. The streaming service is also netting more than one billion streams per week through its in-house playlists.

“We build these playlists through a combination of the best music experts around, lots of work hunting for great sounds, and a ‘feedback loop’ of real-time user data that tells us which tracks listeners are loving more, and which tracks they may be loving a little less,” Stefan Bloom, Spotify’s chief strategy and content officer, told Billboard. “This lets us add tracks that are starting to explode, and switch out tracks that have been around for a while.”