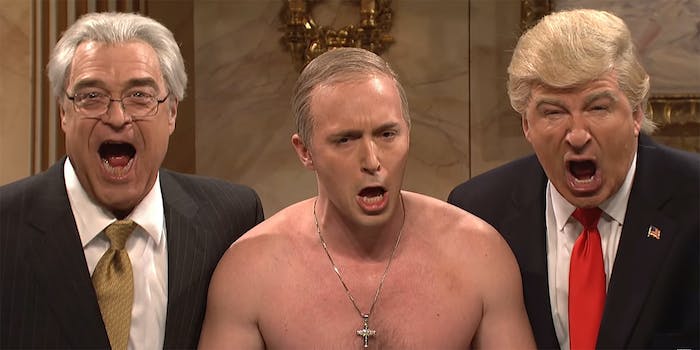 This will give you a whole new appreciation for 'Saturday Night Live.'

Saturday Night Live has seamlessly transformed its stage to create new scenes between commercials for more than 40 years, and for perhaps the first time, the show’s revealed what goes into the most hectic scene change of all.

Unlike the rest of the show, the change from cold open to the host’s monologue doesn’t have the luxury of a commercial break or a pre-recorded segment. The crew only has the time allotted from the opening credits—about 90 seconds or so—to get it all done, and as they demonstrate after the final cold open of the year starring Alec Baldwin, John Goodman, and Beck Bennett, they’ve got it down to a science.

The actors go through it all to put on a new live show every week, but it’s the crew who really makes it possible.