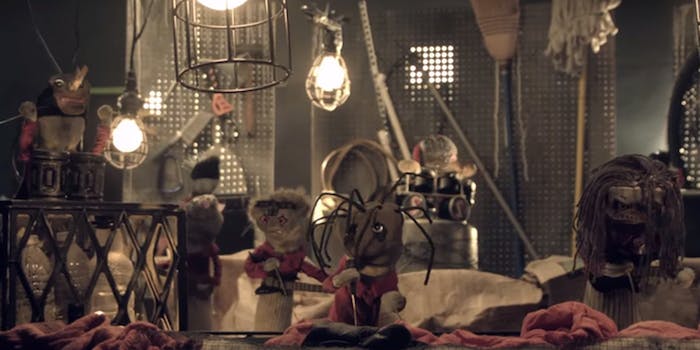 'You can't escape the mildew inside.'

Did you know that Slipknot, the masked screamo-rap-metal band birthed from the JNCO-clad ’90s, was nominated for a Grammy for its 1999 single “Wait and Bleed”? Hard to wrap your head around that one, but now, YouTube channel SockPuppetParody has turned the song into an anthem about the pain… of spring cleaning?

Socknot’s “Wait in Bleach” has it all: the sing-scream-sing chorus, the rotating drum set, lyrics about disinfectant. Puppet metal dreads have never looked so sinister.