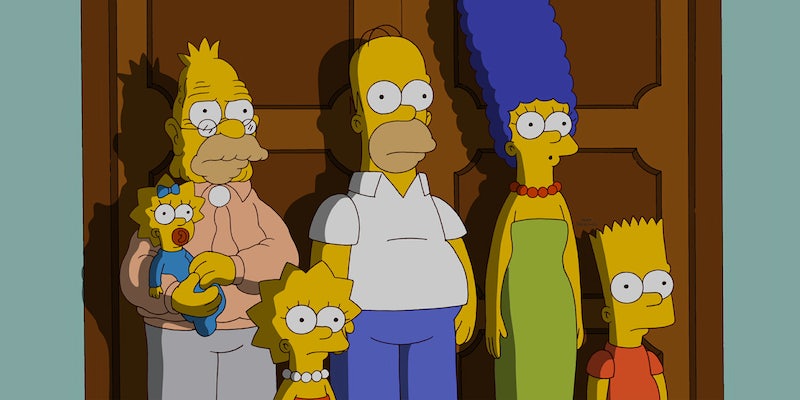 If Disney buys Fox, let be known that the Simpsons called it—almost 20 years ago.

CNBC reported Monday that 21st Century Fox has been “holding talks” about selling most of the company to Walt Disney Co. While the rumors remain just that (Bloomberg even reported that the talks are already dead), it might be a tempting dream for the two media mammoths.

Disney would have a lot to gain from Fox’s movie studio and other production assets, especially with Disney’s impending launch of its own streaming service. Meanwhile, a deal with Disney would allow Fox to narrow its focus on sports and news.

Even in 1998, it might have seemed inevitable that Disney would someday own at least some of Fox. As Twitter user Ryan Mead pointed out on Monday, an episode of The Simpsons from that year foreshadowed a merger.

With the possibility of 20th Century Fox being sold to Disney, let me be one of the first to point out the Simpsons predicted it: pic.twitter.com/U1uN5VjiEp

A transition shot in the episode—titled “When You Dish Upon a Star”—showed a 20th Century Fox declaring the film studio “A division of Walt Disney Co.” (See the whole scene that takes place at the Fox studio here in Spanish or here in English but with some edits.)

It wouldn’t be the first time the show has eerily predicted the future.

As news of the talks broke Monday, fans seemed particularly tickled by the idea of Disney buying much of Fox—mostly because it would mean the rights to X-Men and Fantastic Four characters would go to Disney (and therefore could appear in Marvel movies).

Shares for 21st Century Fox jumped by as much as 8.5 percent on Monday following news of the talks about selling to Disney.