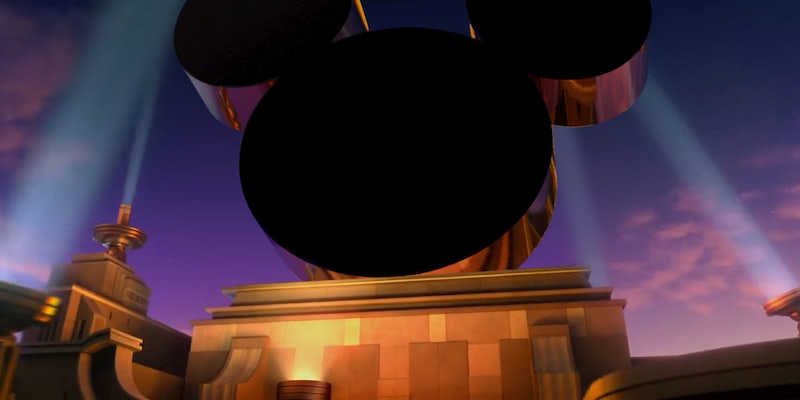 Major franchises could be up for grabs.

Disney has been in talks to purchase most of 21st Century Fox, according to a new report from CNBC.

Negotiations over the deal, which has been in the works for the past few weeks, would give Disney control of a majority of the properties operating under 21st Century Fox. (The exceptions to this are Fox’s broadcast network and local news affiliates, Fox News, Fox Business, and Fox Sports.) It’s important to note that no deal has been made, and talks have reportedly halted for now—though that could always change.

Even though there’s no indication that Fox will sell most of its assets to Disney anytime soon, preliminary reports are troubling to those worried about a monopoly.

There are too many monopolistic worries to a Disney/Fox deal for me to care which X-Men characters this would allow to finally hug.

On the other hand, movie fans are already buzzing about the possible implications of Disney purchasing 21st Century Fox. Even though Disney has made major waves for itself as the parent company of Marvel and Lucasfilm, this deal would make it a geeky powerhouse to behold.

At the very least, it could make a team-up first dreamed of on Parks and Recreation that much closer to being a reality. (Let’s just Patton Oswalt riffs the Fantastic Four into a major Star Wars/Marvel mashup.)

Marvel franchises would be (almost completely) united under one studio

The majority of Marvel properties are owned by Marvel Studios and Disney, but a handful of the comics giant’s bigger franchises aren’t. Sony owns the rights to Spider-Man, but as part of a special deal between Sony and Marvel, Spider-Man is loaned to the Marvel Cinematic Universe while MCU characters (such as Iron Man) are loaned out to Spider-Man movies. Universal still holds the rights to the Hulk, though Marvel Studios is able to use him as a supporting character.

On the other hand, Fox’s Marvel properties—mainly the X-Men, Fantastic Four, and Deadpool—haven’t needed to play in Marvel Studios’ sandbox. Those films have always existed outside of the MCU, and although Fox has yet to nail Fantastic Four, it’s had plenty of success with its X-Men ensemble movies, the standalone Wolverine films, and the runaway R-rated hit Deadpool. The deal would also presumably include X-Men TV spinoff Legion, which airs on FX.

Bringing those titles into the MCU would finally allow the X-Men to cross over with the Avengers, the possibility of Spider-Man and Deadpool interacting with one another, the potential for a better Fantastic Four movie, and Marvel would no longer have to work around its legal inability to call some of superheroes “mutants.” Fans are already nervous about whether Deadpool would get to keep his potty mouth as a potential subsidiary of family friendly Disney.

If this is true, I wonder how the fudge it would affect Deadpool? https://t.co/66RNUDU80S

Could we get an original Star Wars rerelease?

Disney already owns Lucasfilm, so creating new Star Wars movies—as is evident with next month’s release of The Last Jedi—is not an issue. But Disney would finally be able to distribute the first six Star Wars movies (including A New Hope) after getting those rights from Fox. It doesn’t guarantee we’ll finally see new releases of the original Star Wars trilogy’s theatrical versions, but it’s enough for fans to hope.

Disney would have a bigger stake in Avatar

Disney already has a deal with James Cameron’s Avatar thanks to the new addition of Pandora to Disney’s theme parks, but this would likely give Disney even greater control. Cameron is developing the long-awaited sequels to the top-grossing movie with Fox.