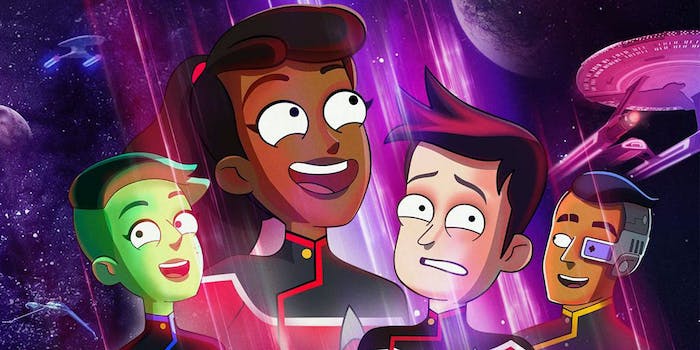 Where no animated comedy has gone before.

Space. The final frontier. Animated comedy. Where laughs reign as king. Put these two together and you’ve got the funniest sci-fi this side of Rick and Morty. Star Trek: Lower Decks is a comedy of galactic proportions.

Every Star Trek show since the ’60s always focuses on a captain and their senior staff. But what about the countless of grunts that keep the warp nacelles running? Lower Decks showcases these unsung heroes. Beckett Mariner is a not-so-humble Ensign who is always getting herself, and her new best friend Brad Boimler into trouble. Together, they will seek out new worlds, new civilizations, and new reasons to cackle.

It is an insular show made just for Trekkies? Perhaps. There are plenty of references that expect you to come to the table with a little Trek knowledge. Still, there’s plenty here to love for Star Trek newbies.

Here’s everything you need to know to watch Star Trek: Lower Decks online.