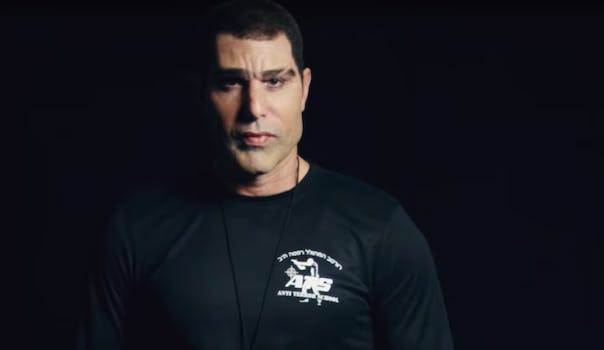 You can't interview or debate the far-right. You can only attack.

There’s a new tradition on the internet. Every Sunday night, an episode of Who is America? Is released, and every Monday morning, every major blog runs a finger-wagging piece criticizing it. The blogs are wrong.

Not only is Who is America? hilarious, in its segments targeted at conservative politicians, Sacha Baron Cohen’s Showtime series provides a roadmap for how satire can work under the Trump administration.

Recent critics of Who is America? largely view the show in the context of polite media discourse, and as such, they rule its content out of bounds. They are looking to the series to perform much like Samantha Bee, Trevor Noah, and John Oliver, serving up thoughtful “gotcha” moments that demonstrate how Republicans are violating hallowed concepts like civility. People tune into these shows to believe that a little honest thoughtful discourse might be all it takes to mend our broken country. The best of their honorable monologues earn a Twitter moment claiming to have “eviscerated” President Donald Trump—and that’s it.

But lately, viral late-night moments have been less about jokes and more about earnest rebukes of America. The last time Noah broke the internet, it was because of a heartfelt ode to diversity. Stephen Colbert, Jimmy Kimmel, and Seth Meyers seem to be in an ongoing contest to see who can “get serious” most often. It seems our nation’s comedians are more concerned with being righteous than being funny, more interested in dispensing soothing balms than making us laugh.

Cohen, by contrast, isn’t getting serious, he’s doing comedy. And as such, he has very little time for civility. This has irked both TV critics and political pundits. As Vox noted: “…the mileage Team Reality will get out of Baron Cohen’s performance-art antics won’t be nearly as potent as the validation Team Fake News will get out of claiming that Who Is America? represents a new low for liberals.”

This view imagines that “Team Reality” (the left) and “Team Fake News” (the right) are engaged in a collegial back and forth, an endless debate club, and voters are weighing both sides carefully before they hit the ballot box. This argument pretends that “Team Fake News” won’t take every single argument against it in the worst faith possible, despite constant evidence to the contrary. In refusing to accept this premise, championed by Vox, the Washington Post, and the New York Times op-ed page, Cohen stays winning.

Reasoned appeals to civility work perfectly well in an Aaron Sorkin script, but they do poorly in reality. In an era when white nationalists run openly on the Republican ballot line and the far-right white supremacists of Charlottesville are called “good people” by the president, it’s clear that Team Reality is actually the side that doesn’t really understand the world.

In three weeks of his comeback series, Cohen and his team have landed more shots than any other late-night comedy efforts, and some of them have been lethal. It’s the first show of the Trump era to bring a gun to a gunfight.

After screaming the N-word on the show last week, Rep. Jason Spencer (R-Ga.) resigned. If you want a clear indictment of the casual and visceral racism that runs rampant in the Republican Party, you can’t do much better (or worse) than that. During the sequence, not only did Spencer scream the N-word various times, he also used “sand N-word” as an epithet for Muslims, and insulted Asians using vicious stereotypes.

For all of the impassioned monologues occurring across the other political comedy shows, none of them have gotten results like that. 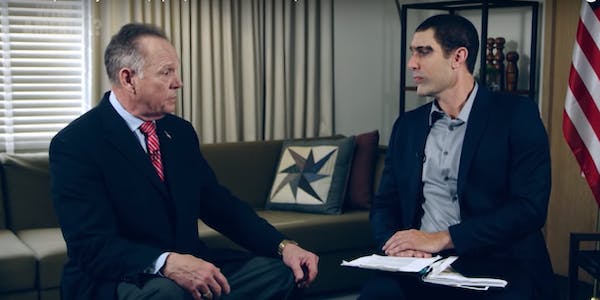 In the same episode, Cohen exposed Islamophobia in Kingman, Arizona, by holding a fake town hall proposing to build a mosque. Again, the racism poured down like acid rain. Cohen seems to believe that racism is a part of the conservative message, from elected officials down to the voters, and he’s proving it. In last night’s third episode, he set up a few anti-immigrant Trump supporters for well-earned humiliation when he had them stage a quinceanera to “lure illegal immigrants,” and then called the police.

Who is America? has set its sights on plenty of issues other than race. In the pilot, a segment features current and former Republican elected officials and lobbyists looking square in the camera and endorsing “Kinderguardians,” a program that would arm children between 4 and 12 years old. In the second episode, Cohen interviews Dick Cheney, who is so comfortable on-screen that he autographs a waterboard. Last night, he mocked failed Alabama Senate candidate Roy Moore for this well-known past with underaged girls, calling him a pedophile to his face.

It’s no accident that in his most effective segments Cohen plays Erran Morad, a former Israeli special agent turned gun lobbyist. In the hulking frame of Morad, Cohen combines two things Republican officials can’t resist: Israel and lobbyists. It turns out that Cohen’s goofy, violent, sexist Mossad agent is the perfect Trojan Horse to convince these ghouls to let us into their true selves.

In choosing to make a critique of Israel central to his show, Cohen is offering something that you don’t see anywhere else on American television. Cohen is betting that the best way to critique the forces of the right isn’t a civil discussion. We don’t debate Nazis. We punch them. By extension, as far as Cohen is concerned, we don’t sit down on a sectional couch and interview racists and war criminals, we embarrass them in the public square. Rather than attempting a dialogue or debate with the worst elements of the right wing, Cohen holds up a mirror.

If media attention is any indicator, so far, Cohen is right. Not only does every media outlet cover the most outrageous moments of Who is America? religiously, the most offensive segments go viral every week and create news cycles unto themselves. Showtime’s official clip of the Spencer segment has over 5.4 million views.

Kurt Vonnegut famously said, “During the Vietnam War, every respectable artist in this country was against the war. It was like a laser beam. We were all aimed in the same direction. The power of this weapon turns out to be that of a custard pie dropped from a stepladder.”

The least we can expect from artists in times like these is that they point the laser at the target and pull the damn trigger.