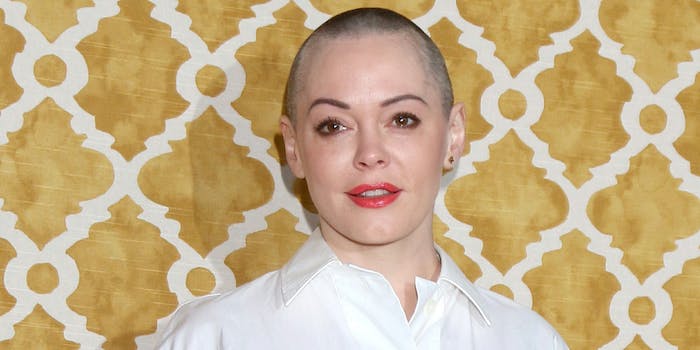 Rose McGowan on mental health: ‘We must do more and be better’

'We must do more and be better.'

McGowan wrote on behalf of Asia Argento, Bourdain’s partner and, like McGowan, an actor who has accused Harvey Weinstein of rape. McGowan wrote:

Sitting across from me is the remarkable human and brave survivor, Asia Argento, who has been through more than most could stand, and yet stand she does. She stood up to her monster rapist and now she has to stand up to yet another monster, suicide. The suicide of her beloved lover and ally, Anthony Bourdain. I write these truths because I have been asked to. I know so many around the world thought of Anthony Bourdain as a friend and when a friend dies, it hurts. Many of these people who lost their ‘friend’ are wanting to lash out and blame. You must not sink to that level. Suicide is a horrible choice, but it is that person’s choice.

McGowan detailed how Bourdain and Argento met, and how “he was her rock during the hardships of this last year.” She also stated that, “In the beginning of their relationship, Anthony told a mutual friend, ‘He’s never met anyone who wanted to die more than him,'” and asked those looking to place blame to look deeper:

Do NOT do the sexist thing and burn a woman on the pyre of misplaced blame. Anthony’s internal war was his war, but now she’s been left on the battlefield to take the bullets. It is in no way fair or acceptable to blame her or anyone else, not even Anthony. We are asking you to be better, to look deeper, to read and learn about mental illness, suicide, and depression before you make it worse for survivors by judging that which we do not understand, that which can never fully be understood. Sometimes we are stuck in the unknowable, and that is where we are now, a massive wave of darkness that threatens to swallow everyone in its wake.

Argento issued a statement on Bourdain’s death on Friday asking for privacy. McGowan tweeted out a note from her Monday as well: