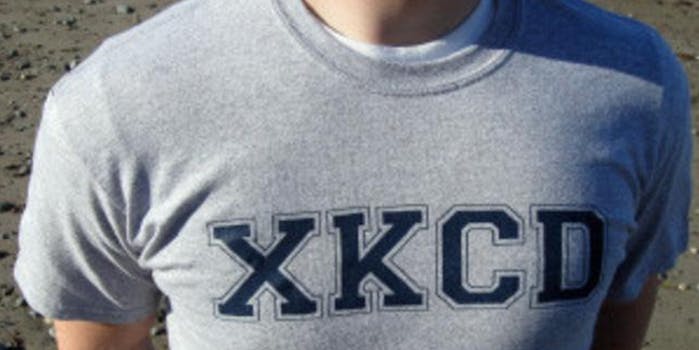 Randall Munroe’s got a new book, but it’s not XKCD

The xkcd artist/author/webcomic/nerdist of our hearts is taking his blog of improbable science and turning it into a book with even more improbable questions. Sweet.

“Someday I’ll be the first to get a Ph. D in ‘Undeclared’,” Randall Munroe once wrote in his beloved webcomic xkcd.

But his wide-ranging knowledge of all things scientific, technological, and human has served him well on his side blog, “What If?” And now it’s garnered him a book deal. Munroe announced on Wednesday that fans of his smart, whimsical science blog can now read in print form such pressing questions as:

Could you propel your ship to speeds exceeding escape velocity by hitting golf balls in the other direction?

Answer: Yes, but only if Tiger Woods were swinging, and only if the bag of golfballs he had to hit were twice as large as the sun.

But they’ll also get Munroe’s answers to new, never-before-published questions that he “wanted to spend a little more time on.” Given the amount of time he spends on the answers to the blogs he writes now, we can’t wait to see what “a little more” looks like.

It’s been almost four years since Munroe published xkcd: Volume 0, a not-for-profit print collection of the massively popular webcomic. Though there are no plans on the horizon to produce a new xkcd collection, the book version of What If is out in September. Fans can already pre-order the book:

Caption: “The publisher had some issues with my proposal to print an anti-matter edition.”

Photo via medigirol/Flickr (CC BY SA 2.0)