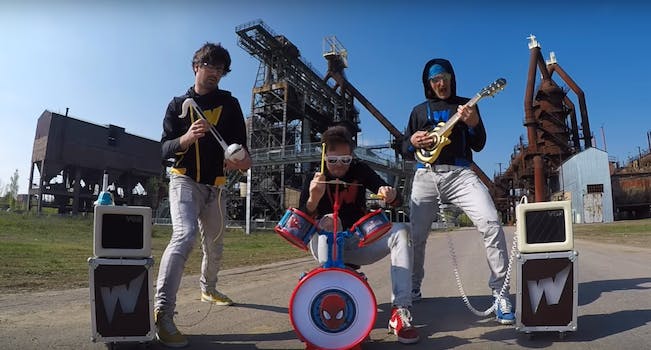 Rage Against the Machine sounds even better with toys

Rage Against the Machine‘s “Killing in the Name” survives in YouTube covers and Guitar Centers, but French trio the Wackids offered up perhaps the most inspired cover yet.

This instrumental version, played on kids’ toys, has the heaviness of the original, plus some additional flourish from a Japanese instrument called an Otamatone.

The Wackids’ YouTube channel has even more of these “sessions,” including covers of “Enter Sandman” and “Smoke on the Water.”