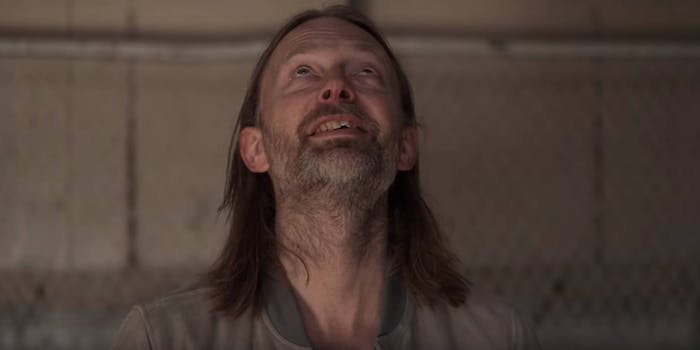 Radiohead‘s “Daydreaming” vignette contest may be over and done but the band certainly hasn’t forgotten about its standout entries. Following the release of A Moon Shaped Pool, Radiohead released the final vignettes that were hyping its mysterious follow-up LP to 2011’s The King of Limbs.

Quite the directorial forces were tapped to create the vignettes, which were used for the band’s video for the single “Daydreaming,” including Yorgos Lanthimos and Grant Gee.

The band reached out to fans in July, seeking even more vignettes, and came up with three third-place winners, who received a 35mm print from the Paul Thomas Anderson-directed “Daydreaming” video; two second-place winners, who scored limited edition screen-printed album artwork; and a grand prize winner. The top prize? “Burn the Witch” figurines reminiscent of the character who announced the vignette contest winners.

Live From A Moon Shaped Pool: the full list of winners https://t.co/zZtfHd64LQ pic.twitter.com/zjqvLYdCbW

Radiohead is still drawing inspiration from its fans. Over the weekend, it posted two vignettes that didn’t make the top three cut but were shortlisted nonetheless.

Next on the shortlist of vignettes is @moonjam3d

It’s unclear if any more vignettes will come, aside from the two posted to Instagram. Judging by the band’s enthusiasm for its fans’ creative pursuits, this certainly won’t be the last Radiohead contest.