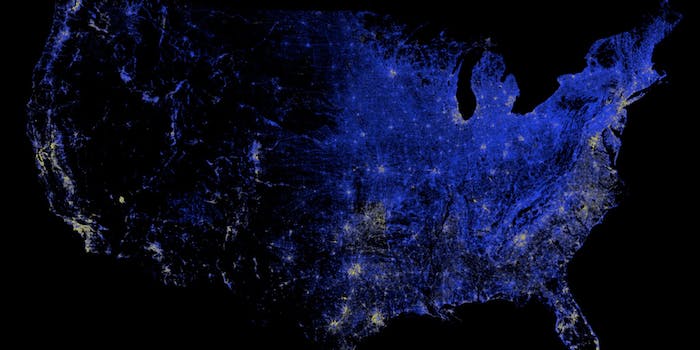 A thread on Quora got optioned as a TV show

“The Second American Civil War” does have a nice ring to it.

Humanity once directed all its queries to Yahoo Answers, that we might marvel at their bottomless stupidity, but lately Quora has emerged to court questions that ring a little smarter, if also quite strangely. Now it looks as if one might become the basis for a TV series.

Variety reports that Emmy-winning producer Josh C. Kline, an exec at a cloud content collaboration company called Box, stumbled across a Quora discussion that caught his eye. “If every state of the USA declared war against each other, which would win?” it asks.

A whimsical curiosity, perhaps—like Reddit’s infamous horse/duck scenario—though U.S. Marine Sergeant Jon Davis, a veteran of the Iraq war, spun it into a fascinating fiction. His Studs Terkel-like history of the “Second American Civil War” incorporates geography, statistics, and fabricated diary entries to achieve a surprisingly nuanced account of a multi-year conflict we hope never comes to pass, mostly because Texas is the victor.

“The story just pulled me in and the guy’s voice was so interesting that right away I could see it being a film project,” Kline said. He optioned the material with an eye toward a TV miniseries and is excited to be “hustling” on behalf of Davis, a full-time teacher and indie author from Oklahoma. Rather than write the project, he’ll likely get a consulting credit. “I was just really excited that people enjoyed it,” he told Variety.

All that’s left is to figure out what sparked this hypothetical war in the first place. Racial tensions? Abortion rights? Someone saying “pop” instead of “soda”? We can’t wait to find out.