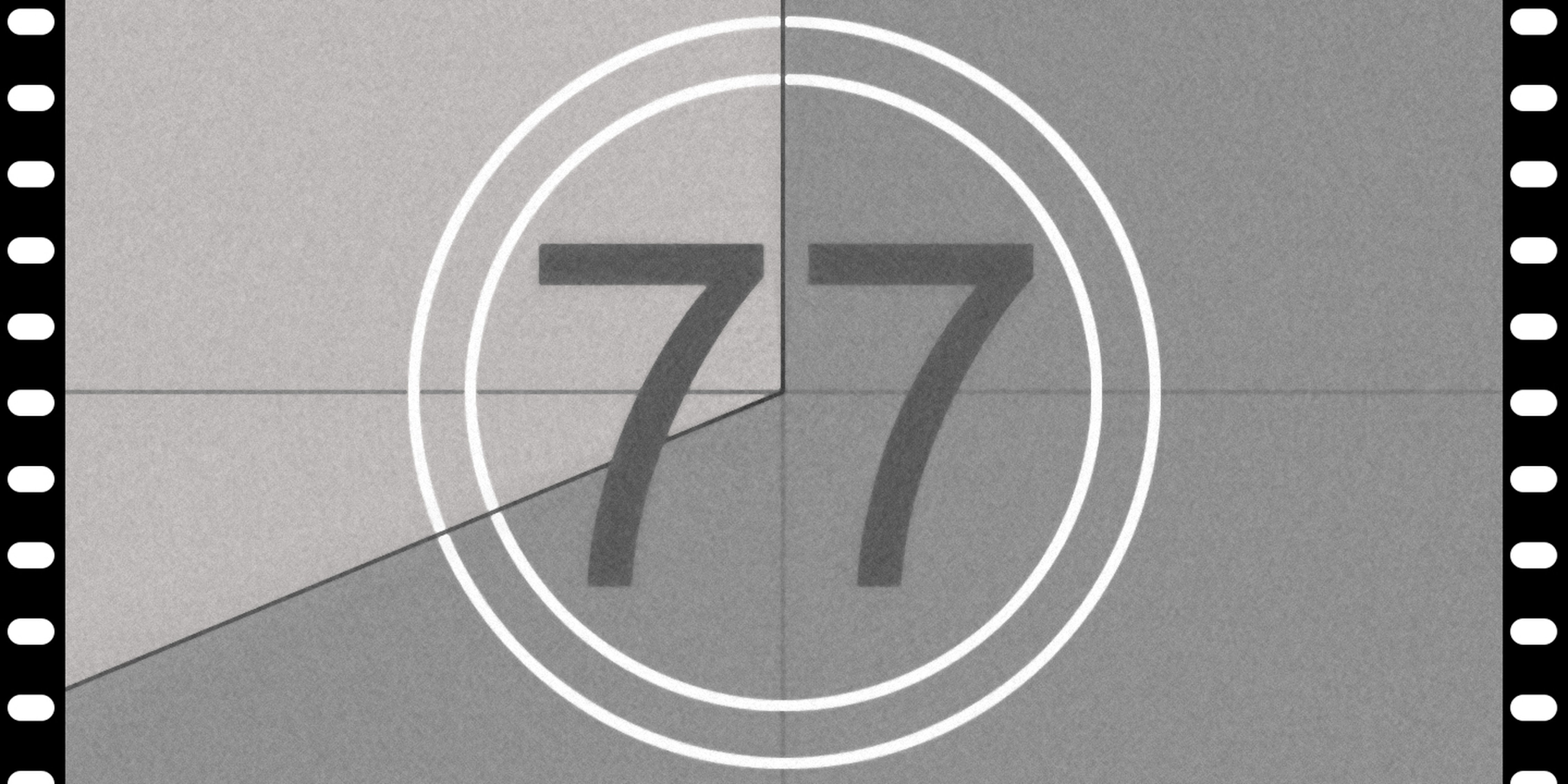 Pronunciation Book: The unhappy ending to the Internet’s most suspenseful countdown

After three years of work and 77 days of tense waiting, Pronunciation Book will likely end with neither a bang nor a whimper.

Since July 9, YouTube’s Pronunciation Book channel has been locked in a mysterious 77-day countdown that’s captured the Internet’s imagination with endless conspiracy theories and wild speculation. Now, with mere hours left on the clock, there’s reason to believe that the countdown will end with neither a bang nor a whimper.

According to the New Yorker,  the countdown is leading to a performance art installation at the at the Fitzroy Gallery on the Lower East Side of Manhattan that will coincide with the launch of a new project called Bear Stearns Bravo.

As suspected by the sleuths at 4chan, Pronunciation Book is the work of New York artists Thomas Bender and Jacob Bakkila, the duo behind a 2008 alternative reality game (ARG) called This Is My Milwaukee and the art collective Synydyne. According to the New Yorker and in contrast to Gawker’s investigative report from 2012,  the two are also responsible for the beloved Twitter spam account @Horse_ebooks. (The account was reportedly purchased in September 2011.)

Since 2010, the Pronunciation Book has regularly posted tutorial videos that instruct non-English speakers how to say certain words or manage difficult interactions in English, like “How to State an Unpleasant Fact” and “How to Politely End a Business Meeting.” It’s clocked more than 700 videos and 27,000 subscribers, even inspiring an unrelated parody account, Pronunciation Manual, which landed on the Ellen DeGeneres Show in early 2012.

But in July, Pronunciation Book took a sudden, sharp change in direction. It started posting one creepy, cryptic video a day, counting down from “77.” After a series of seemingly random sentences, each one ominously concludes, “Something is going to happen in X days.” Some people thought it was counting down to a terrorist attack or spy communications. Others suspected viral marketing. We suggested that it’s leading to a Battlestar Galactica reboot.

In the 111-page Google Doc compiled by members of 4chan, Pronunciation Book obsessives speculated about the involvement of Bender, an employee at N.Y.C.-based Synydyne, which describes itself as “a content group.” The group’s responsible for a documentary called Hoopeston, about a Wiccan school in Illinois that Bender and Bakkila promoted in this interview from 2010. They also created “This Is My Milwaukee,” a 10-minute-long promotional video for the alternative-universe city of Milwaukee, plagued by a corporation called Blackstar and a monster called Go.D.S.P.E.E.D. That video led to the elaborate alternate reality game of the same name. (An ARG is an interactive narrative that uses elements of the real world as a platform to deliver a story using social media, real-life characters, participants’ ideas, puzzles, and more.)

Pronunciation Book was Synydyne’s next move. The channel launched on YouTube on April 14, 2010. The next day, PronunciationBook.com was registered by a “Thomas Bender.” 4chan discovered that the following websites were also registered to Bender’s email address, [email protected]:

“Looking up Franz Poekler, we arrived at a Youtube channel, created on May 27th, 2008: https://www.youtube.com/user/franzpoekler,” the doc states. “His Youtube activity is filled with only four interactions, two of which are likes of Pronunciation Book’s videos. This channel is also subscribed to the Pronunciation Book channel.”

Franz Pokler is the name of a German rocket engineer in Thomas Pynchon’s novel Gravity’s Rainbow and an apparent alias for Bender. Bender’s partner, Bakkila, is a Brooklyn-based artist and the creative director for BuzzFeed. I recognized most of the actors in the This Is My Milwaukee as New York City-based sketch comedians, and I was able to confirm Bender and Bakilla’s involvement in it and the subsequent ARG through Henry Zebrowski, another one of the actors in the video.

It was all starting to add up.

After finding his number online on July 22, I texted Bakkila that I knew he and Bender were behind Pronunciation Book. Within an hour, he called me. He seemed upset and surprised. He said no other media outlet had figured out they were behind the countdown, and they hadn’t anticipated it happening so quickly—if at all. He confirmed that he and Bender, among unidentified others, started Pronunciation Book in 2010 with intention of selling it to a larger company as viral marketing. Instead, Bakkila said, the two merely sold the countdown concept.

In the interest of keeping the mystery alive, and in return for an exclusive on the big reveal, we elected to not go public with their identities.

Earlier this month, a source close to the project scheduled a meeting to discuss the series’ ending. He said Synydyne originally created Pronunciation Book to be professional enough to get a brand interested, simple enough to require close to zero production time and cost, and straightforward enough to where it’d be easy to slowly develop a cryptic narrative and loyal fanbase.

Bakkila and Bender, according to the source, wrote a script that scraped Google and YouTube autocomplete for “How Do I Say” and “How Do I Pronounce” and went down the alphabet to find what people were searching for. This allowed them to make videos that would be instantly popular in search results and create a lot of organic traffic.

After a few months of pitching the project around, the two apparently landed a $40,000 deal to tie the countdown concept to a viral marketing campaign.

On the phone, however, the source sounded distraught. He cried. He explained that the company backed out, deciding that Pronunciation Book wasn’t getting enough views to merit the release of their trailer. Even worse, the source claimed there was no “kill fee” in the contract, meaning the two will not be reimbursed for their efforts, since the project was cancelled before its completion.

The change left the duo scrambling to complete their narrative without its intended ending. Frazzled, the source told me they intended to create a short film in one weekend in a desperate attempt to wrap up Pronunciation Book’s story.

For the past two weeks, the source had refused to name the company that was behind the trailer, not even off the record, saying that Synydyne had signed a nondisclosure agreement. The source sent frantic texts and emails, begging the Daily Dot not to go public with anything we’ve learned. They even sent clips of the short film.

As the countdown ticked away, my nerves got the better of me. I worried that this was all a series of misdirections, a way of stalling until the big reveal. Or perhaps there was never a larger company to begin with, just a bizarre Internet riddle that spiraled out of control. It was impossible to tell.

And as the clock inched closer to zero, my source suddenly, after weeks of ongoing dialogue, went silent.

I’ve waited like everyone else for the big reveal. Then I read about it in the New Yorker.

Update: BuzzFeed Senior Editor Summer Anne Burton confirmed to the Daily Dot that “that literally no one really knew” about Bakkila’s side projects. “A few people who know Jacob better than I do have referred to him as a ‘notorious old school internet troll” but say they didn’t know anything specific,” she said. “We’re as surprised as everyone else, but completely supportive of people doing cool weird stuff.”