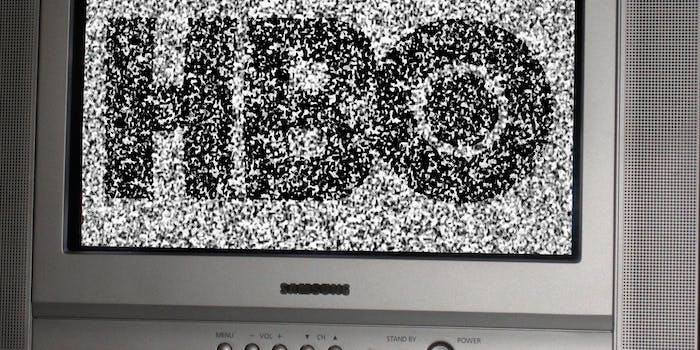 Reality television and filmmaking have both changed for the better since 'Project Greenlight' was last on television.

For three seasons Project Greenlight tried to show an uncompromising look at young, aspiring filmmakers trying to make their first feature-length film. The HBO reality TV show, created by Ben Affleck and Matt Damon, was always more dramatic and captivating than the three films it ended up spawning. So when the fourth season premiered last night, many were wondering if the show could still be as addictive 10 years after the last season aired. After all, the media landscape has changed significantly in a decade. More to the point, would it still produce a movie that no one really sees and isn’t very good?

The answers are yes and, judging by the premiere, most likely.

When it was announced that Affleck and Damon would be re-teaming with HBO for a new season of Project Greenlight (the last season aired on Bravo), young filmmakers everywhere naturally leapt for their cameras and immediately began submitting their films to the program in hopes of getting discovered. The desire to be the next Affleck or Damon is a sizable one for filmmakers—especially since making it big in Hollywood can be such an uphill battle. After all, who would pass up a chance to make a $3 million movie for HBO with Batman and Jason Bourne as your producers?

Project Greenlight has never really delivered on what it has always promised it would from the very beginning.

It seems Jason Mann would. Mann, the gangly, introverted filmmaker who ended up winning the competition, was quick to remind us (and the producers of the show) that Project Greenlight was never about showing the true ins and outs of the independent filmmaking process but instead to provide a melodramatic 40-minute reality program. Before winning, Mann tells the camera he doesn’t really even care about winning (as the show cuts to the nervous looks of other contestants). Within minutes of winning the competition, Mann confronts Affleck, Damon, and the other producers (including Dear White People’s Effie Brown) to say he has two demands: He wants to shoot on film, and he wants to fire the film’s writer, Pete Jones. Drama ensues. Peter Farrelly, one of the filmmakers meant to guide Mann in directing his first major film, laments that Mann is more “destructive” than a team player. Well, duh. This is reality TV; the more destructive he is, the better it will be watching him slowly unravel over the course of the season. Therein lies the problem with the core concept of Project Greenlight.

Furthermore, Damon talks about wanting to find a filmmaker who’s “talented” and has the merit to make a really good film. However, when Brown brings up a lack of diversity among the contestants and how a female contestant might bring a different perspective (especially when the subject material includes some overly sexist stereotypes), Damon politely objects. It’s not about finding someone diverse (or female) among the contestants, Damon argues; it’s about finding diverse actors instead. The look of befuddlement and shock on Brown’s face sums up the show’s aim in an abrasive nutshell—and succinctly proves that a predominantly white industry is still struggling to come to terms with the idea of racial diversity.

Then again, Project Greenlight has never really delivered on what it has always promised it would from the very beginning. Damon and Affleck can talk up the show’s ability to provide an in-depth look at what it takes to make a movie and to give a complete novice a chance as much as they want, but what has that really achieved for any of the previous winners? The first film produced by the show, Stolen Summer, received mediocre reviews (garnering a 36 percent Fresh on Rotten Tomatoes) and an even more mediocre box-office take. In a depressing twist, the first season’s winner, Pete Jones, ended up coming back two seasons later to the very show that was supposed to start his career. Reviews for the other films are less than encouraging as well. Ruthe Stein of SF Gate called The Battle of Shaker Heights “a dispiriting mess,” which is the nicest thing she says about the movie. The reviews for Feast were a little more favorable, although they hardly whet the appetite. Michael Esposito of the Chicago Tribune gave this ringing endorsement for the film: “When monsters attack, the camera gets all jerky, creating the horror effect known as motion sickness.”

For many filmmakers, though, a chance on Project Greenlight is like a deal with the devil. Sure, the previous films might have sucked and the people behind the show might only want to create more drama behind the scenes than in front of the camera, but it is an once-in-a-lifetime opportunity. In the interest of full disclosure, I fully admit I was among 200 contestants who competed for Project Greenlight. I knew going in the risk I was taking: If I won, I could be in Mann’s shoes, saddled with a script I didn’t like and being forced to make something more commercially viable than artistically worthwhile. I was prepared to take the risk. Judging from the premiere, Mann was simply there because it seemed like a good idea at the time.

Jason Mann is clearly talented, even if he doesn’t want to make the film the Project Greenlight producers want him to make, and you can’t really blame him. The script is often touted by the producers as “broad,” “commercial,” and needing “a lot of work” (viewers may begin to wonder why they even selected this particular script to begin with). It honestly seems more like an effort on the producers’ part to shove as many obstacles in Mann’s way just to see how he deals with them, not to see if he can actually make the best movie possible.

Shane Carruth awed audiences and critics with Primer, a thinking man’s sci-fi film that cost him only $7,000.

Here’s the “reality,” though: Project Greenlight isn’t out to make “the best film possible” and that’s OK. Young, aspiring filmmakers don’t need the show to make it big. With the advent of YouTube, Vimeo, and even Vine, it is becoming easier and easier to make a film with no budget and get noticed. Christopher Nolan got his big break with Following, a film that cost $11,000. Shane Carruth awed audiences and critics with Primer, a thinking man’s sci-fi film that cost him only $7,000. Or take Tangerine for example: a film shot on an iPhone that got into Sundance and is getting rave reviews. It’s a film full of diverse characters and a storyline that doesn’t belittle or stereotype genders or minorities. You don’t need Ben Affleck or Matt Damon or HBO or any stereotypically “commercial” script to make content that one day could match their best efforts—if not surpass them.

Reality television and filmmaking have both changed for the better since Project Greenlight was last on television, and young filmmakers simply don’t need it anymore if they want to succeed—and neither does Jason Mann. It’ll make for some damn good television, though.

Photo via Peter Gunn/Flickr (CC BY 2.0) | Remix by Max Fleishman