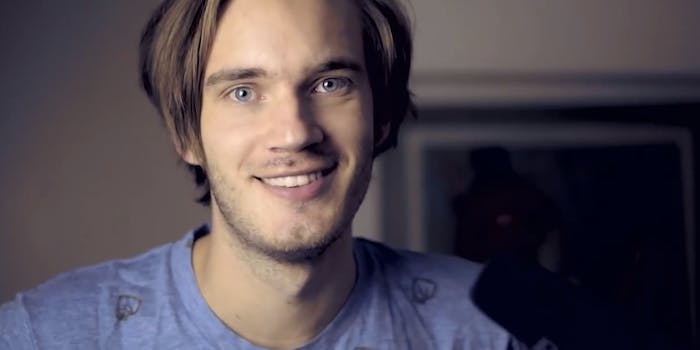 Rumors of PewDiePie’s studio departure have been greatly exaggerated

The relationship between YouTube megastar PewDiePie and Maker Studios might not be as strained as widely reported.

Last week, an interview with the most subscribed-to YouTuber in history in Icon Magazine was translated and quoted to imply that PewDiePie, a.k.a. Felix Kjellberg, was unhappy with Maker Studios, the MCN to which he belongs, and that he was interested in starting his own network after his contract expires in December. The original translation comes via The Wall Street Journal, and Kjellberg took to Twitter to set the record straight.

I feel like I was misquoted in the WSJ and I’m really happy with the work that Maker has been doing for me.

The Icon article that the WSJ translated and quoted does have Kjellberg saying that he and Maker have limited contact and that Disney’s purchase of Maker last spring has no relevance on his channel. It goes on to say he’s eager to get his own network up and running, and that other YouTube networks have been run poorly in the past. The WSJ report tied these two together as cause and effect, as the Icon article positions them together, but at no point does Kjellberg state that he’s set to leave Maker and create his own network as a direct result.

In fact, Kjellberg was just in Los Angeles for a Grand Prix event sponsored by Maker where he faced off against other YouTubers in a game. It could have been a case of saving face, but come December when the contract is up we’ll know if Kjellberg, who reportedly made $4 million last year before giving Maker its cut, is really happy with his multichannel network situation.