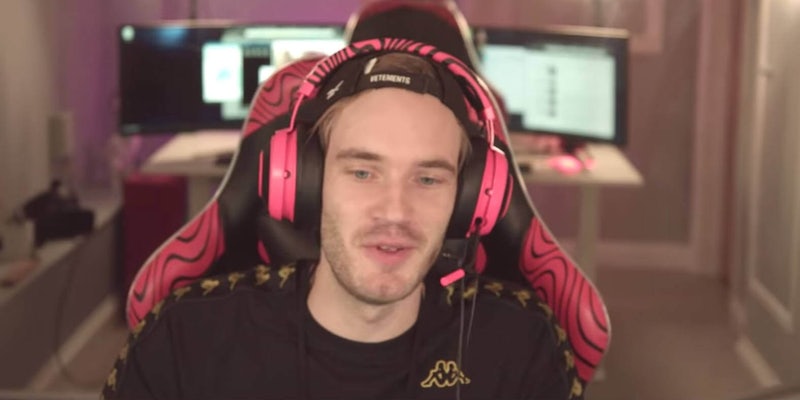 PewDiePie banned in China after reacting to Winnie the Pooh memes

He spoke about the Hong Kong protests and mocked Xi Jinping.

PewDiePie is being welcomed into a new club: Creators and celebrities banned by China.

On Friday, the Swedish social media star shared the news that his content would no longer be accessible in China and explained the reason why the drastic action was taken against him in a YouTube video.

“Well boys, we did it. I’m banned from China. That’s right. After I spoke about the Hong Kong protests and showed their leader being mocked for looking like Winnie the Pooh, I got banned from China,” he explained the video. Winnie the Pooh has been banned in China since 2017 after the character was being compared to Xi Jinping through memes.

“Obviously China is like that one person on Twitter that can’t take any criticism and just blocks everyone,” PewDiePie said in the video that got him banned.

PewDiePie also explained that anyone who searches his name in the country on sites will only be met with blank results. He also took a brief moment to apologize to his Chinese fans who can no longer access his content.

“I’m laughing, but yeah I’m sorry if you are in China, and try to watch my videos. That kind of sucks. It’s just kind of funny,” PewDiePie said.

He jokingly responded to the ban on Twitter by posting a photo of a wall that had been punched through. “Just found out im banned in china. shit fucking sucks so hard dude,” he wrote.

The ban was an expected turn for the YouTube star who said he is well aware of the censorship of anything related t0 the Hong Kong protests but still chose to make the mocking video. He pointed to the fact that DJ Zedd was recently banned as well after liking a tweet by South Park (the show is also banned).

“Welcome to the club,” Zedd tweeted in response to the news that PewDiePie has also made it onto China’s blacklist.

Welcome to the club :/

Fans responded with support for the YouTuber.

“It is a kind of honour. Being banned by China means you are doing something right for the World,” Twitter user @daydreamfungi wrote.

And, of course, there was no shortage of Winnie the Pooh memes.