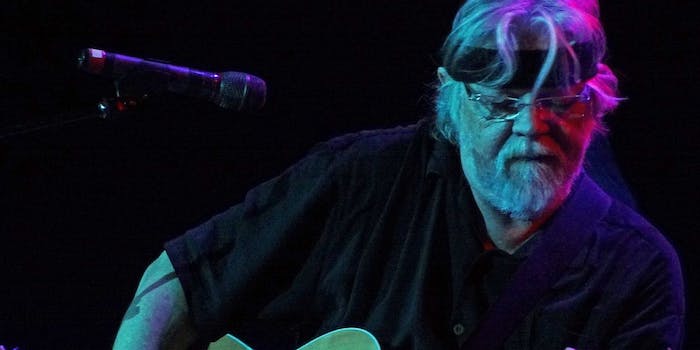 Roll me away from the Internet, please.

News of legendary folk singer Pete Seeger’s death at the ripe old age of 94 just broke, and you know what that means: Twitter mourning the wrong person entirely.

Spreading quickly, tongue-in-cheek or not, is the misconception that Pete Seeger is the same person as Bob Seger, a rock musician known in part for a song titled “Night Moves.” These were all retweeted by sharp-eyed critic Craig Jenkins, who writes for Pitchfork and SPIN, among others:

I woke up to the radio telling me about the death of Seeger. Rest in peace, Pete Seeger, but man I’m glad we still got the night moves.

RIP Pete Seeger. Now he can work on his night moves in the sky.

Other users took the mix-up further, not even getting the deceased’s name correct; here it became hard to tell just who was in on the joke. (Seger’s own official Twitter account has been silent for nearly two weeks, which probably isn’t helping matters.)

I always thought “Turn the Page” was an awesome song. RIP Bob Seger

RIP Bob Seger. Your folkways were our ways.

RIP Bob Seger. Chillin up there Like a Rock in Heaven.

Then there were the people who clearly sought to exploit and enhance the mounting confusion. (We’re generously assuming that no one thinks “Fly Like an Eagle” or “The Gambler,” tunes by the Steve Miller Band and Kenny Rogers, respectively, were part of Bob Seger’s oeuvre.)

RIP Bob Seger, gone to eternal Baker St. May he forever Fly Like An Eagle. #TheGambler

Apologies, gang. Bob Seger is alive and well. It’s his father Pete who passed away.

“Once called ‘America’s bottle opener,’ Bob Seger believed deeply in the power of singles bars … And he always invited us to come along.”

RIP Bob Seger, inventer of the silver bullet can

In all the noise, however, one noble, helpful voice rang out.

RIP to Pete Seeger. I don’t know who you are but I know it’s not Bob Seger.

Good enough for us.