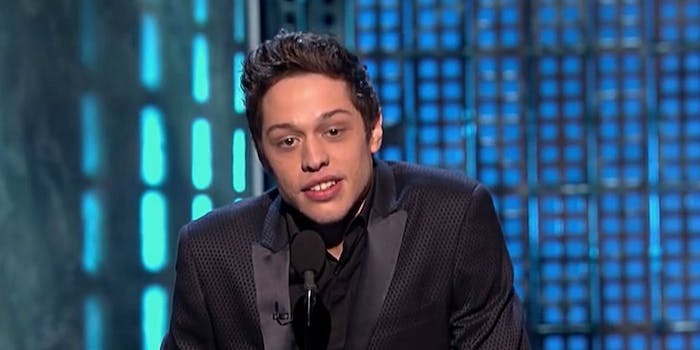 When Pete Davidson was 7 years old, he lost his father, Scott, in the 9/11 attacks. Scott Davidson was a firefighter with Ladder 118 in Brooklyn Heights, and when the Twin Towers were hit, he rushed across the Brooklyn Bridge with five of his colleagues to help. He was last seen running up the stairs at the Marriott World Trade Center Hotel before it collapsed.

Almost 15 years later, Pete Davidson is a featured player on Saturday Night Live who occasionally makes jokes about his late dad. On Friday, though, he was both wistful and whimsical, using social media to honor his dad’s memory—and his, um, father’s girth.

In the past, Davidson has faced some criticism for joking about how his father died. But damn if it’s not completely clear that he misses his dad more than anything.