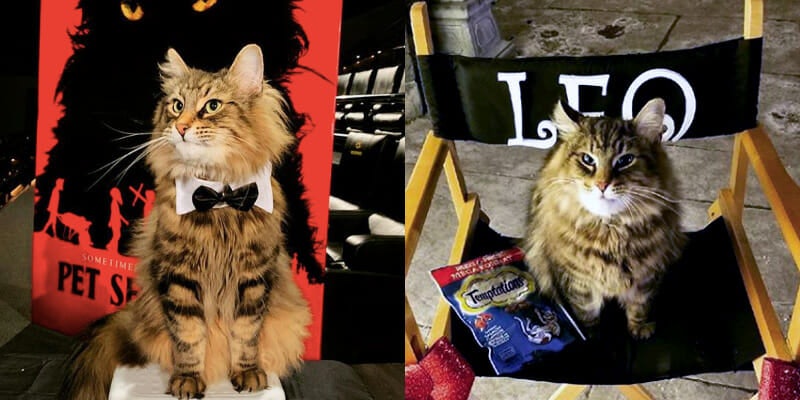 The cat from this year’s ‘Pet Sematary’ has died

There are no pet resurrections here.

As if Grumpy Cat’s death wasn’t hard enough on us all, another familiar feline has crossed the Rainbow Bridge.

The passing of Leo the Maine Coon cat was announced on his Instagram yesterday by his trainer, Kirk Jarrett. He was one of four rescue cats who played Church, a family pet resurrected with terrible consequences, in this year’s remake of Pet Sematary.

“It is with deep sadness that we tell you that Leo has passed away,” reads the text on an Instagram photo of Leo. “He will be forever missed by his human and fur family. May his star always shine bright!!”

A follow-up post specified that Leo died of complications from arterial thromboembolism, a common form of heart disease for his breed.

“Leo lived an incredibly joyful life. In his honor we look forward to sharing some of our fondest memories of Leo,” the post says.

Our family thanks everyone for all your heartfelt responses. This has been very difficult on our family. Leo passed away from arterial thromboembolus (ATE), also known as “saddle thrombus,” a congenital heart defect that the Maine Coon breed can be prone to. Leo lived an incredibly joyful life. In his honour we look forward to sharing some of our fondest memories of Leo. In loving memory may Leo Rest In Peace ❤️

Leo was one of two cats playing Church that were considered to be breakout stars with bright futures. He was adopted by Jarrett after the film wrapped, who praised him for his expressive eyes and willingness to put up with all the zombie cat makeup the role of Church required.

“Leo is a confident sit-stay cat,” Jarrett said. “His role is as the undead Church; that was his purpose, to be the poster child.”

And he was literally the fur-zombie featured on all of the posters for Pet Sematary, immortalized by a role that mimics reality in at least one way — he was a beloved pet whose humans will miss him dearly.