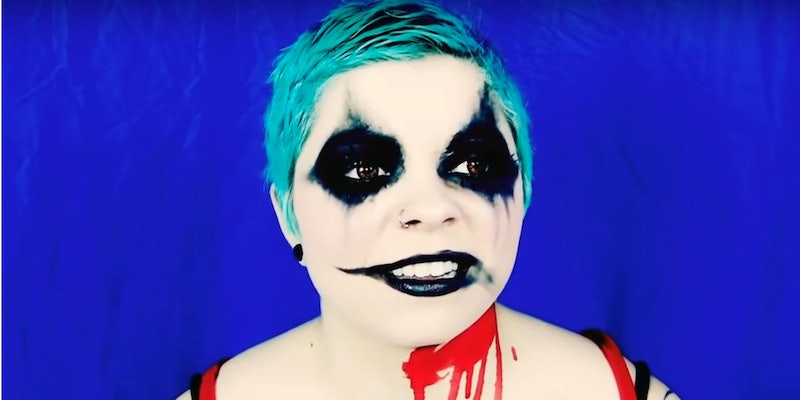 The YouTuber is facing multiple allegations of abuse, but remains on the platform.

A video of YouTuber Onision threatening his ex Shiloh Hoganson has resurfaced, in the midst of multiple allegations of abuse.

Last week, Onision (real name Gregory Jackson) was banned from Patreon for allegedly tweeting out the phone number of Billie Dawn Webb, a woman who claimed Jackson pressured her into a sexual relationship. As reported by the Verge, over the last year, at least six women have accused Jackson of inappropriate behavior going back years, including a woman who claims Jackson and his former partner groomed her when she was 16 and living with them.

On Nov. 18, before Jackson’s Patreon ban, the channel YouTubers Behaving Badly uploaded a short Halloween video featuring Hoganson. Jackson can be heard saying, “You know this video is never going to be online, right? No one will ever know how much I abuse you.” He then throws candy corn at her as she asks him to stop. A longer version of the video was uploaded in August.

Hoganson often appeared in his videos circa 2011; Jackson previously uploaded an extremely distressing video of her having a mental health crisis, which was recirculated after allegations started coming out. She appeared on Have a Seat with Chris Hansen in early November and discussed the relationship and abuse. Asked what could be done to stop Jackson from doing this to another woman, she said not to ignore the “inner voice” that tells you something is wrong. On Dec. 3, Hansen tweeted that there is allegedly a “criminal investigation” taking place and there are “more victims.”

While he was banned from Patreon, he still remains on YouTube despite years of allegations. Earlier this week, Hoganson held YouTube accountable for not deplatforming him.

.@TeamYouTube Between censorship of the word "predator" and protecting a known and UNHIDDEN predator, doxxer, & bully, aside from breaking MANY rules on your platform… it seems a tad suspicious what @SusanWojcicki really stands for and supports. https://t.co/Hj0W6xNFbK