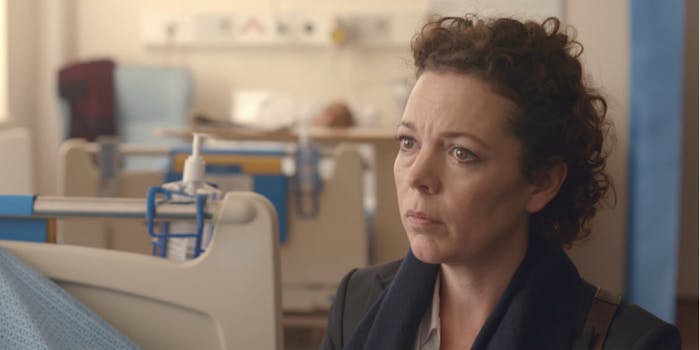 She'll take the throne in seasons 3 and 4.

Netflix hasn’t officially renewed The Crown for a third season yet, but it already has its next queen set to ascend to the throne.

Variety is reporting that Olivia Colman (Broadchurch, The Night Manager) will take over the role of Queen Elizabeth for seasons 3 and 4 of The Crown from Claire Foy, who played the British monarch for the first two seasons.

Although fans may not have expected the casting change for the show’s main character—and recasting can sometimes spell trouble—this is not the case here. Recasting Queen Elizabeth II was always an intended part of the show’s arc. The Crown is about Elizabeth’s life, and as the character aged the show would cast more age-appropriate actors to fulfill those roles, mainly Queen Elizabeth II and Prince Philip. (An actor to replace Matt Smith as Philip has yet to be revealed.)

And it was something the Foy knew when she signed on to the show several years ago. She actually preferred the shortened commitment to The Crown compared to the lengthy contracts actors usually sign whenever they join a television series.

“That’s not a shock–we always knew when we signed up to it,” Foy said earlier this year at the BFI & Radio Times Television Festival. “And also not to be funny but it’s also a real plus.”

Season 2 of The Crown debuts on Netflix Dec. 8.