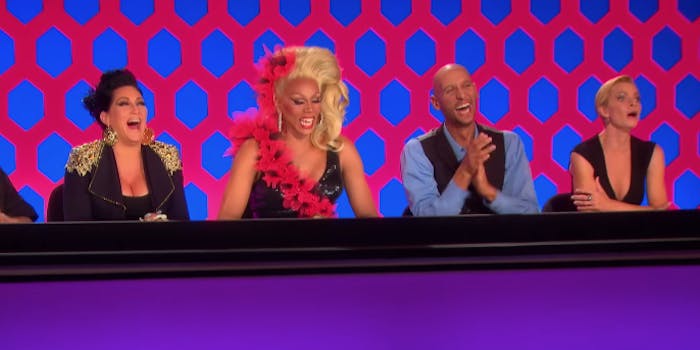 Lots of well-known guest judges will be stopping by Ru Paul’s Drag Race All Stars 3, but one of them stands out a little more than the others: Democratic Minority Leader Nancy Pelosi.

VH1 announced the news this week, with the California Democrat and first female speaker of the House’s name alongside those of Marc Jacobs, Vanessa Williams, Adam Lambert, Vanessa Hudgens, Kristin Chenoweth, and Tituss Burgess on the guest judges’ lineup. A representative told the Washington Post that Pelosi took the gig to show solidarity with the LGBTQ community—and because she’s a fan.

“All I can say is, you betta werk!” Pelosi tweeted Thursday.

All I can say is, you betta werk! Had a fabulous time with @RuPaul and good luck to all the queens. #DragRace https://t.co/ZrJDyDmuVh

Randy Barbato, Drag Race‘s executive producer and co-founder of the production company World of Wonder, told CNN Pelosi was a good fit for her episode’s theme, but couldn’t elaborate.
In an email to CNN, he wrote that Pelosi is a “fierce servant of our nation [and] Drag Race‘s mission is to teach the children and honor those who fight on our behalf.”

In a sense, this seems like a natural extension of the “yas kween”-ification of Hillary Clinton on Broad City during her presidential campaign. And in another sense, are cameos like this ever actually… fun?

The new season of Drag Race All Stars premieres on VH1 Jan. 25.