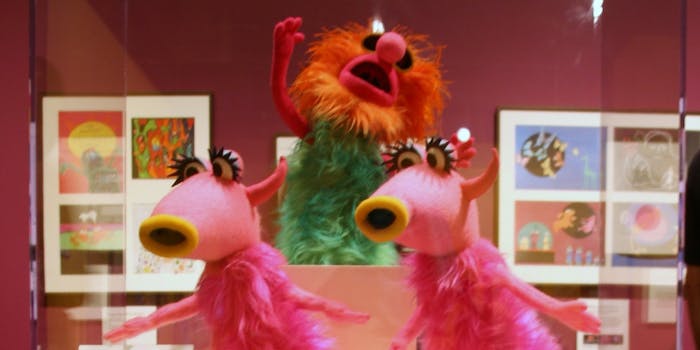 Sorry about the earworm.

Not many people could accurately say which sketch was the first to air on The Muppet Show, but you’ve probably already seen it.

This lasting moment in the Muppets legacy isn’t about Kermit or Miss Piggy (or their famous romance). It’s not any of Fozzie’s jokes, Gonzo’s stunts, or a rambunctious performance by Electric Mayhem.

Most of the song is about as clear as anything the Swedish Chef says, and there are only a few lyrics involved, yet it’s as iconic as Animal’s relationship with his drums.

Chances are, if you’ve ever heard of the song it’s already stuck in your head. I’m not sorry.

But even though it was the first sketch on The Muppet Show, it wasn’t the first time it’s been performed. The song itself, composed by Piero Umiliani, has a complicated history. It first appeared in a softcore documentary on Swedish life called Svezia, inferno e paradiso (Sweden: Heaven and Hell)

The song debuted for American audiences on an early episode of Sesame Street, where it was performed by Bip Bippadotta and two Anything Muppet Girls. Mahna Mahna—the Muppet with wild orange hair and an affinity for scatting—and the two Snowths didn’t make their debut until a little later. The song appeared on three different shows before making its home with the rest of the Muppets.

Play it a few more times. Your friends, family, and coworkers will thank you—or curse you for giving them that earworm.