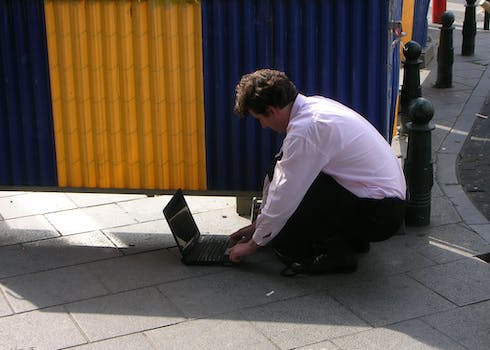 What did Reddit upvote in 2012? Here are the social news site's top 10 threads.

In 2012, Redditors loved asking President Obama questions and laughing at pictures of cats licking their paws.

That’s the word from Reddit’s Top Posts of 2012, a list finalized by the site on late Dec. 31. Coming on the heels of the site’s best Photoshop Battles, the Top Posts of 2012 listed the 10 most-viewed posts from the over 30 million that were submitted throughout the past year. According to site statistics posted with the list, 400 million unique visitors provided Reddit with over 37 billion pageviews and over 260 million comments.

Here is the final list, complete with pageview counts.

In August 2012, a few months shy of his re-election, President Obama’s hosted a half-hour-long AMA on Reddit. Not only did it attract tons of redditors to the session, but also earned the site nationwide attention. To this very day, redditors still comment in the thread, with the most recent comment being a simple “Happy New Year President Obama!” from user greiten.

User TimmayB wanted to create an album full of the Internet’s funniest—and happiest—pictures to look at when he was feeling sad. The resulting August 2012 thread saw over 130 images uploaded to compliment his initial submission of a kitten licking its paw.

A month prior to TimmayB’s request, redditor yojdizzle asked fellow users what they considered to be the Internet’s funniest picture, SFW or not. He provided a meme that highlights the mixup of the name Jesus to get the ball rolling. Fellow redditors responded with close to 150 images, including Probably_on_Reddit’s submission of what photobooths would produce in the early 20th century.

When user RepostsForKarma asked both male and female redditors alike the question in August 2012, picture proof was requested. Redditors replied with 140 images and over 11,000 comments, with RepostsForKarma calling the reaction a “ridiculous amount of responses.” Some took the question seriously; others, not so much.

In early July 2012, a redditor requested the site’s help to decipher a note given to him by a homeless man. As Reddit sleuths provided their insight, the redditor suddenly received a phone call threatening violence against his family unless the post was deleted. After a July 13 update, the mystery user deleted the account.

Before TimmayB and yojdizzle’s requests for hilarious pictures, redditor rubenraid requested the Internet’s funniest GIF files. Over 160 GIFs were supplied by fellow users, including the collapse of a basketball mascot.

In June 2012, redditor Lycerius revealed the end result of playing Civilization II for the better part of a decade: multiple instances of the ice caps melting, an elimination of 90 percent of the world’s population, and an almost total eradication of the world’s resources through nuclear wars.

After PSY’s “Gangnam Style” exploded on YouTube, it was only a matter of time before the South Korean performer addressed his Internet fanbase. When he hosted an hour-long Reddit AMA in late October 2012, over 13,000 redditors replied. Addressing fans’ many different questions, PSY did not hint at his eventual retirement of the song.

In late April 2012, ohgoshwheretobegin asked fellow redditors to reveal their biggest life secrets. The resulting 41,000+ comments inspired ohgoshwheretobegin to collect the entries in a book, no doubt starting with ThrownAway2389’s highly-voted reveal of how he met his wife.

When rapper Snoop Lion hosted a Reddit AMA in early December 2012, he expressed his desire to smoke with Bob Marley and agreed to adopt redditor jennybearyay. Interestingly enough, the most-upvoted question was asked by none other than himself.