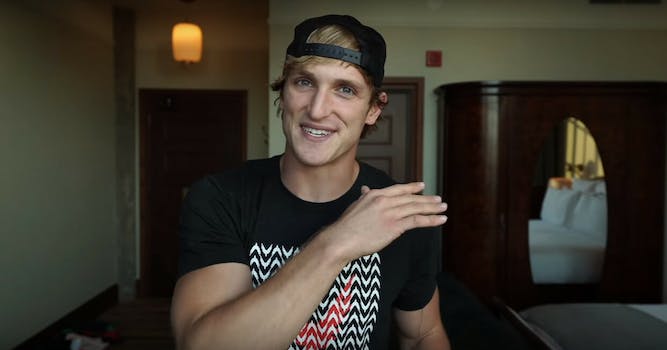 Paul did not mince words.

YouTube star Logan Paul isn’t exactly known for his political activism. But the Alabama legislature’s passage of a bill that effectively bans abortion in the state inspired him to tweet out his displeasure on Thursday.

He did so by drawing dicks on the faces of the 25 white men—all Republicans—who voted in favor of the bill. Within an hour of Paul’s message, it had been retweeted more than 800 times and liked more than 6,000 times.

i took the liberty of drawing tiny dicks on the 25 male senators who voted to ban abortion in Alabama pic.twitter.com/ns0x02MzY1

While Paul doesn’t appear to have much artistic ability, the dicks on the men’s faces showed a nice variety. There were round dicks, shorter dicks with large testicles, upside-down dicks, stubby dicks, and a dick that made one legislature look like an elephant.

The comments on the tweet were mixed, with the majority of commenters saying they loved Paul even more now and would be willing to buy more merchandise from him. Others claimed they would no longer be following him. But it’s an interesting move by Paul because he doesn’t usually get political on social media.

He’s been the face of controversy on YouTube since he uploaded a video of a dead body from a Japanese suicide forest at the beginning of 2018. There were many times in the following 17 months where it seemed the Daily Dot’s Worst YouTuber of 2018 hadn’t learned his lesson about not creating highly offensive material.

For example, he declared earlier this year on his ImPaulsive podcast that he would “go gay” for the month of March. He faced plenty of criticism for that apparent joke, and he quickly apologized, offering to talk to a GLAAD representative on his podcast.

very poor choice of words… my fault. let’s get together and talk about it on my podcast next week? https://t.co/Ki8RKgMJOO

Even with the positive response to his latest tweet about abortion, there’s a good chance Paul will find controversy sometime soon. That seems to be what his brand is about, after all. But at least on Thursday, Paul decided not to act like, um, such a dick.