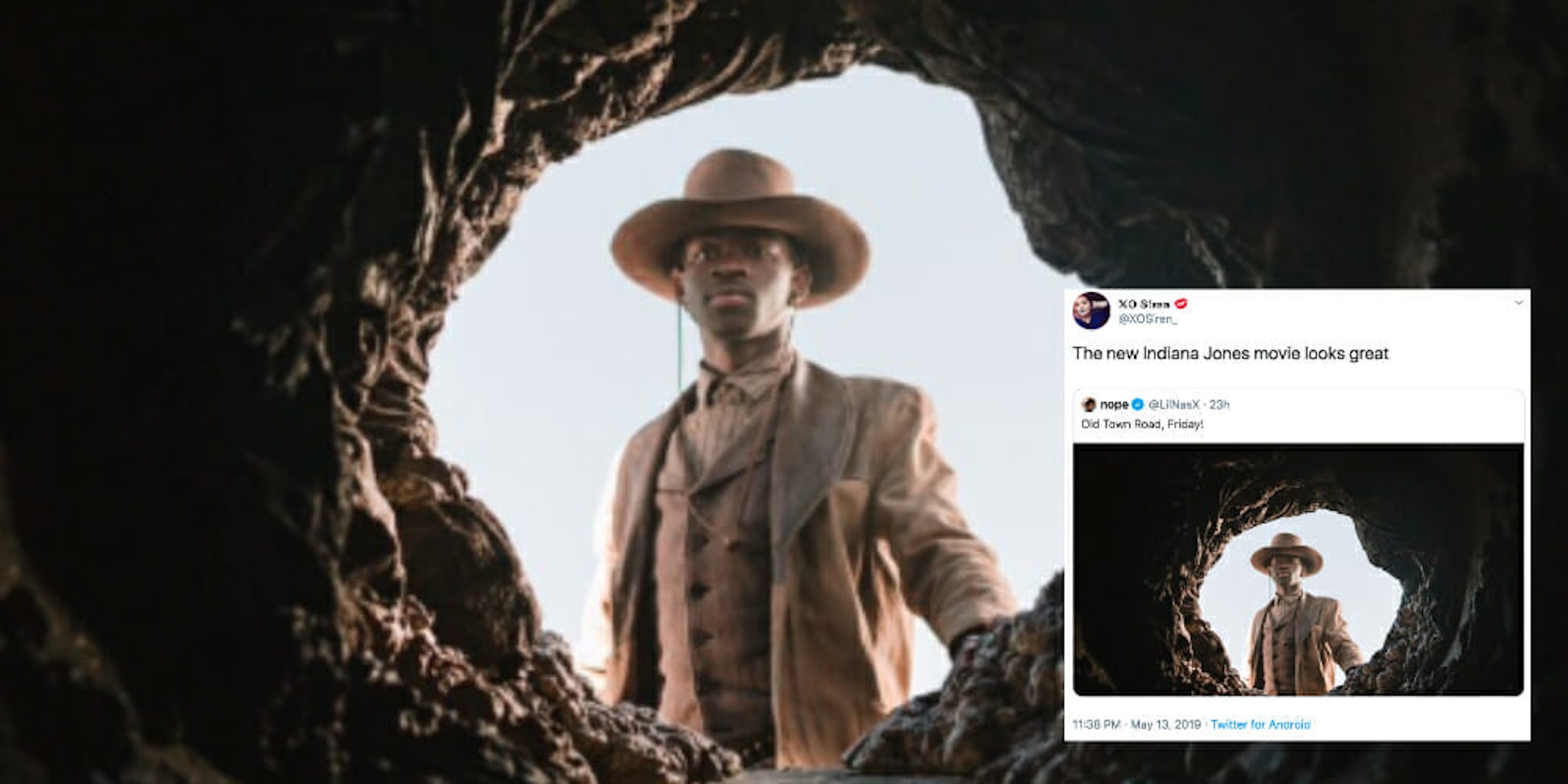 Saddle up, because here we go again.

Lil Nas X tweeted out a teaser photo for the “Old Town Road” remix music video on Monday. True to the song’s viral hit form, a fresh slate of memes were born.

The Atlanta rapper and country sensation posted a photo of himself dressed as a cowboy, peering down a hole–all Indiana Jones style.

The internet collectively lost its mind, churning out hundreds of memes with their own take on the photo.

Ant-Man about to take on Thanos https://t.co/dzwswKregT

What fast food sees as soon as you leave the drive thru https://t.co/3DWkQImzcr

Me looking at my father while im being born. https://t.co/NqgBdPJInn

me confirming my hero build before leaving the imperial sewers in Oblivion https://t.co/C6ESo0Jz9e

Thought this was a Holes remake lol https://t.co/coF5ctGQor

Some admitted the teaser gave them Indiana Jones or Jumanji vibes.

Lil Nas X was most commonly referred to as Sam from Holes. Many retweets included the caption “I can fix that,” which is a line the onion man repeats throughout his brief appearance in the movie.

Sam from Holes is about to blow our minds https://t.co/lSRHMQbjTV

Lil Nas X’s amalgam of hip-hop and country went viral earlier this year after gaining momentum on TikTok with the #YeeHaw challenge. Users gave themselves a country makeover to the tune of “Old Town Road.”

While it landed at the top of the Billboard Hot Country Songs chart, Billboard retroactively disqualified it and removed it from the list.

This spurred a conversation about what constitutes the country genre today. It also prompted a collaboration with country music legend Billy Ray Cyrus for the song’s remix, which was released in March.

The official music video for that remix will be dropping Friday.