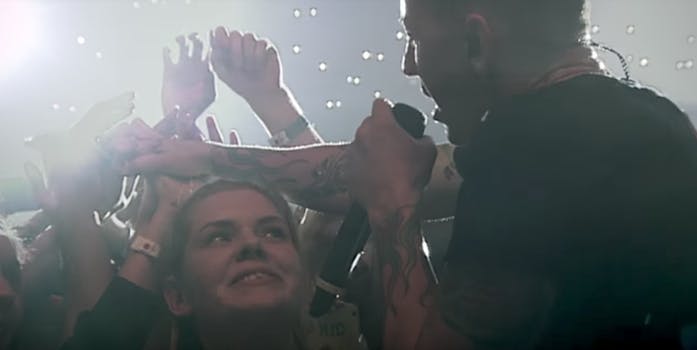 They never intended it to be a single.

Linkin Park reportedly never planned on releasing “One More Light”—the title track off its latest album—as a single. But in the wake of frontman Chester Bennington’s death almost two months ago, fans latched onto the ballad about fighting to stay hopeful through loss. So much so that the band released a video as a gift.

The video, comprised entirely of footage of Bennington on tour over the years, uses old clips of him interacting with his fans, goofing off with his bandmates, and performing the song on tour. In a statement released with the video, Linkin Park singer Mike Shinoda said:

One More Light was written with the intention of sending love to those who lost someone. We now find ourselves on the receiving end. In memorial events, art, videos, and images, fans all over the world have gravitated towards this song as their declaration of love and support for the band and the memory of our dear friend, Chester. We are so very grateful and can’t wait to see you again.

The video ends with a note to Chester from his bandmates.

“Chester,” they wrote in the video’s final frames. “You ignited a flame of passion, laughter, and courage in our hearts forever. We miss you, brother.”

The band also included a link to a new section of their website: chester.linkinpark.com. It appears to be a permanent landing page with suicide prevention resources and information, including talk lines and text lines in both the U.S. and abroad.