The 9 least-helpful reviews on Amazon and Google

There’s an old joke about a man who reads Shakespeare for the first time and is spectacularly unimpressed: “Why do people call this good writing? It’s nothing but clichés!”

On the blog Least Helpful, dedicated to collecting “daily dispatches from the Internet’s worst reviewers,” that clueless reader reviews Homer, Zippo lighters, Target, and everything else on the Internet. 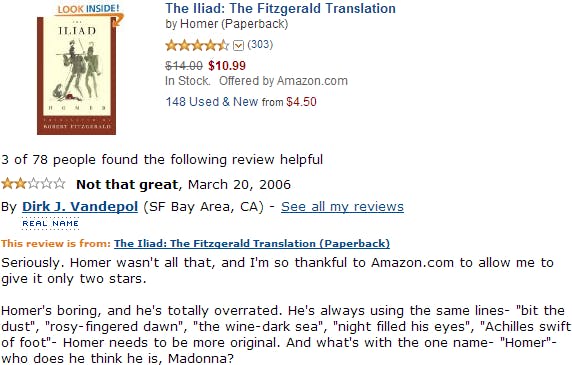 Homer’s not the only writer from antiquity who leaves modern readers cold. This guy faults Aesop’s Fables for being overly, well, fable-ish:

It’s been almost 10 years since an anonymous seventh-grader wrote this review of H.G. Wells’s Time Machine. Hopefully, his understanding of science has matured since then. 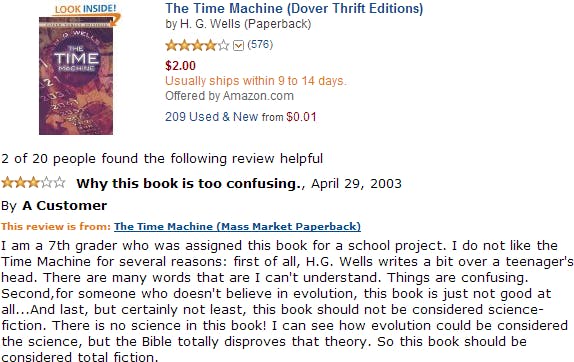 Or maybe the reviewer grew up to be this guy: 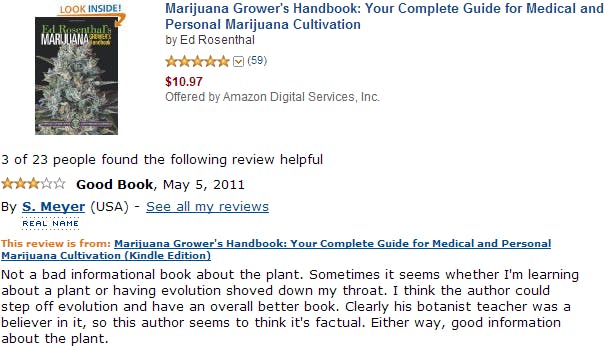 We can think of many reasons a gay bar might deserve a bad review: nasty-tasting drinks, poor-quality sound system, unfriendly wait staff … but this bar-hopper in Glasgow, Scotland, had a different complaint: 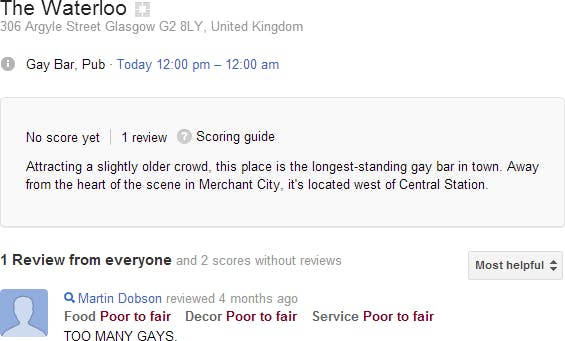 Disclaimer: We’ve owned Zippo lighters in the past, and have bought Zippo lighter fluid too. It’s true that this next review isn’t exactly overflowing with helpful or informative commentary, but seriously, it’s lighter fluid. What else is there to say? 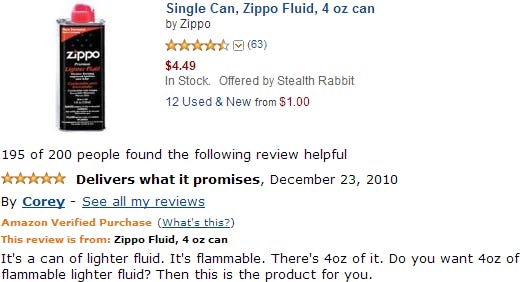 Reviewing a can of compressed air poses similar difficulties:

It’s probably not fair to single out Target in this next example. Corporate retailers in general tend to be pretty laissez-faire about spirits of the undead haunting their stores (even stores that offer a great deal on socks). 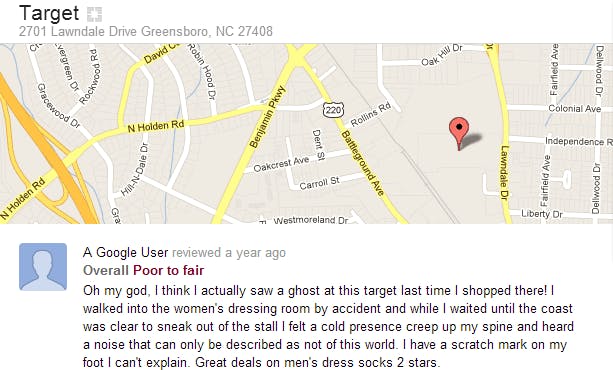 And the hotel and hospitality industry isn’t much better: