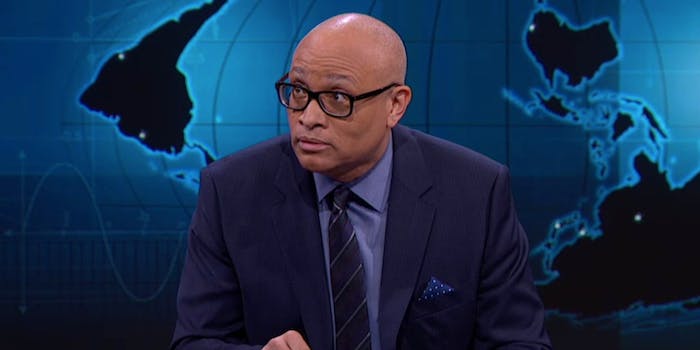 Since stepping into Stephen Colbert’s slot, Larry Wilmore has certainly added some fresh conversation and much-needed diversity to Comedy Central. But last night, he had one of his first missteps.

After a bit about the White House Correspondents’ Dinner, Wilmore addressed Bruce Jenner’s interview with Diane Sawyer about transitioning to a woman. After uncomfortable jokes about what “parts” Jenner has now and how he’s a “mean girl,” Wilmore brought out Colin Quinn, dressed as Pinocchio, to explain how he transitioned to a “real boy,” minimizing the complex issues of the trans community to a punchline.

Perhaps because Jenner’s a celebrity, Wilmore (and his writers) thought joking about his transition was fair game, but to quote one of Wilmore’s own segments, that was some weak tea.