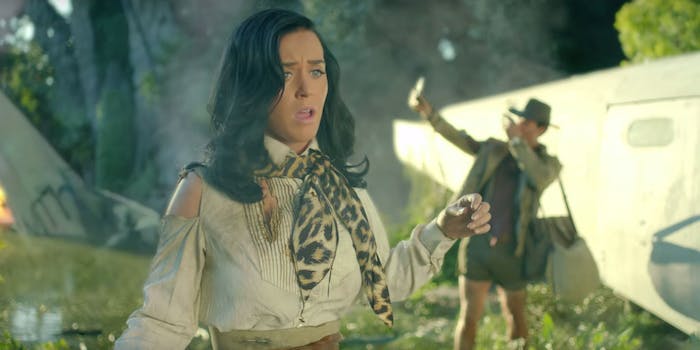 Katy Perry’s account, which boasts more than 89 million followers, was compromised Monday. The hacker appears to be based in Romania, given that the hijacker asked people to follow another account,  @sw4ylol, based there. That account was created on May 28 and remains online.

The takeover was short-lived but certainly interesting. The hacker tweeted out profanity, slurs, and SoundCloud links, as well as a playful shoutout to Taylor Swift. 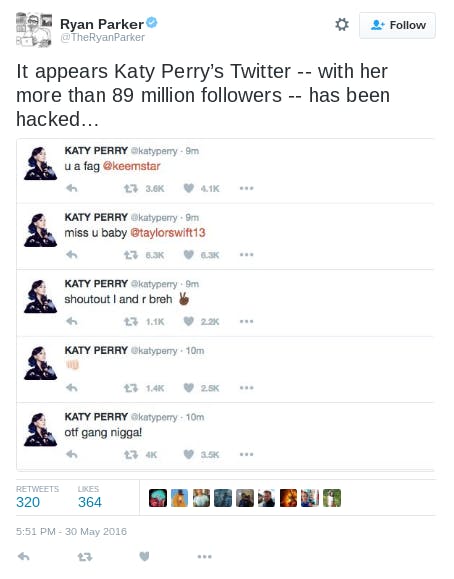 Keemstar, a controversial YouTuber addressed by the hacker, reacted to being singled out with a slur.

The tweets were swiftly deleted, and Perry’s camp has yet to release a statement. Her account is only the latest of in a series of high-profile hacks on Twitter. The social media platform has experienced an ongoing struggle with security measures and encourages users to implement two-layer authentication.