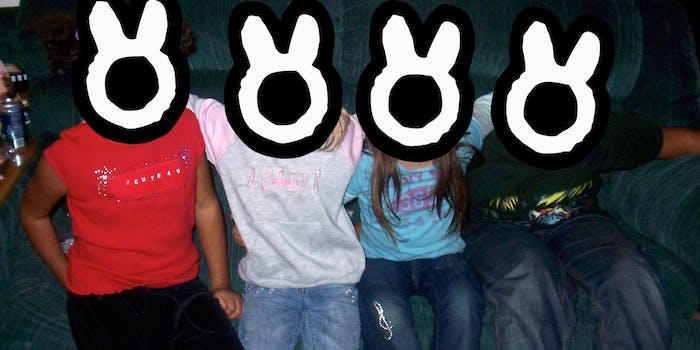 Kalisi.tv could be the future of social viewing

While it's far from the first product to offer joint viewing capabillty, the timing might finally be right.

Video is meant to be shared.

For example, take that that clip of the news anchor in Alaska who cursed her way off the air. Within minutes, the video—from KTVA-TV in Anchorage—became a viral tearsheet that spun its way through everyone’s social feeds. Comments were posted on Facebook, tweeted and retweeted, and no doubt discussed at every happy hour from Juneau to Jacksonville.

But what if, instead of asynchronously passing along this viral video, a group of social peers had hopped on YouTube and had the pleasure of trading barbs alongside the video in real time?

Austin-based Kalisi.tv is a startup that provides a platform for group viewing that can range from friends trading insults while watching a Funny or Die skit to families sharing uploaded home videos with the ability to provide personal, real-time, interactive messaging. While currently available only for YouTube, Waytao Shing, head of operations for Kalisi.tv, says by the end of the year, the company hopes to offer its platform to viewers on Hulu, Vevo, Netflix, and Singapore-based Viki.

Shing’s venture has followed a familiar path of pivots where a good concept evolves into a commercial product based on market demand. The group behind Kalisi.tv are all University of Texas students who met at co-working space called the Chicon Collective. Their idea started off as RollyPolly, a SoundCloud for video which then became First Cut Pro. The collaborative video-creation platform was rebranded as Remark, with Kalisi.tv spun out as a consumer offering.

Kalisi.tv is far from the first product to offer joint viewing capabillty. Lycos toyed with a product called Screening Room which it used with ABC Family to encourage teens to invite their friends to watch their favorite shows. Watchitoo, an Israeli company, has gone beyond its consumer roots to also become a platform for collaborative education and business projects. Kalisi.tv aims to be the next evolution of this trend.

And the timing might be right. From 2008 to 2010, major networks were moving toward the concept of “simulstreaming,” which can be seen in CBS’s adoption of what it called social viewing in 2008. Despite initial hoopla, the idea failed mostly because of the rise of on-demand viewing which made it difficult for friends to synchronize their schedules to view content together. Keep in mind, this also was before the rise of Twitter, which has changed the way digital natives consume TV. Livetweeting the Academy Awards, newscasts, and sports programming has become commonplace, creating an environment which gives Kalisi.tv an edge over its predecssors. Viewing video with friends may no longer be an idea ahead of its time or one in search of a market.

The process of installing Kalisi.tv starts and ends with going to the website and downloading the Chrome extension. At that point, a new window appears in your YouTube videos with the ability to message a single person or groups of people simultaneously while watching the latest Vevo music video or a cat relentlessly pawing at an open window. One person controls the action, but it’s easy to pass the remote to others wanting to take a crack at sharing their must-sees.

Shing speaks to an impressive roadmap for Kalisi.tv. “We would like to create custom channels,” he says. “We’re working with some big-name brand publishers who already post content on YouTube to curate branded channels.” Adding interactivity to those videos could provide these brands a means to deliver targeted messages and observe feedback from those who view their curated channels.

Going mobile with its own applications does not seem to be part of Kalisit.tv’s future. “We are actually attempting to sidestep the creation of a mobile app,” Shing explains. His vision is instead to offer a mobile software development kit (SDK), which would allow developers to incorporate Kalisi.tv into their existing mobile apps. For now, the goal is to get the social sharing tool in front of as many people as possible, which is why its current form is as a browser extension.

In its first week in play as a consumer-facing product, feedback has been solid, Shing reports. Music videos and educational content seem to be the videos most shared by its early members. And what feature would early adopters like to see added to Kalisit.tv? If you guessed emojis and stickers, you are on the money.

As for the name Kalisi.tv, its origins, says Shing, “are often confused with Khaleesi—Mother of Dragons. Kalisi is understood by more than 100 million people around the world in Telugu as together.”