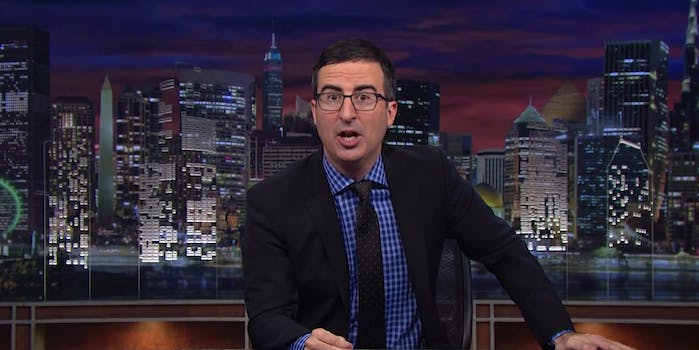 "Get out there and enjoy the f**k out of your college experience because you may be paying for it for the rest of your life."

College students are already deep in the new school year, but that doesn’t mean they’re impervious to what’s waiting for them after graduation: all of the student debt they’ve acquired.

Tireless crusader John Oliver wades through the massive amount of student debt in the country; now up to $1 trillion and counting, the total debt has risen astronomically in recent years. And you can’t just try to get rid of it: Even after you declare bankruptcy, debt collectors will garnish your wages.

“Student debt is like HPV,” he said. “If you go to college, you’re almost certainly going to get it, and if you do, it will follow you for the rest of your life because legally, student debt is a special kind of debt.”

But debt isn’t only from students trying to get an education. Many for-profit colleges are taking advantage of potential students by emotionally manipulating them into attending, and one college is accused of recruiting veterans with brain damage, many who couldn’t even remember what classes they signed up for.

It’s not going away anytime soon, and Oliver even has a message for the college freshmen watching his show: Just stop watching because you might as well enjoy your college years.