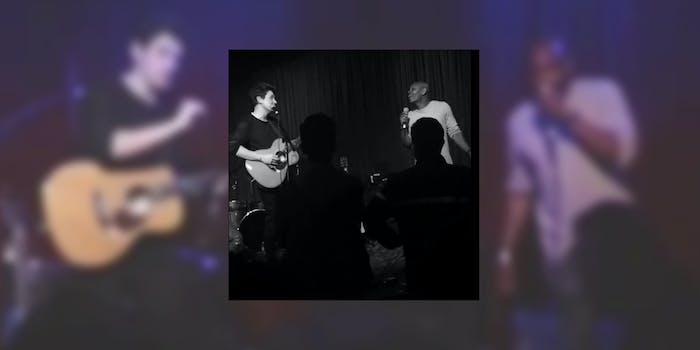 They did Tom Petty, too.

Dave Chappelle and John Mayer have collaborated before, but the two were reunited on Tuesday night in Los Angeles. And they covered Nirvana.

It was a secret show at Hotel Cafe in preview of Mayer’s upcoming album, The Search for Everything, but an audience member captured their cover of Nirvana’s “Come As You Are,” as well as Tom Petty’s “Free Falling.”

Perhaps this signals that Chappelle will be doing more live shows in 2017. Netflix announced a three-special deal with him in November.